The new MacBook Pro reveals have not gone as smoothly as Apple would have liked judging from the amount of criticism many users have thrown at Apple’s latest laptop refresh. One of those criticisms stems from the fact that the MacBook Pro itself can be rather underpowered thanks to its relatively dated specifications. However, if rumours are correct, the performance part of the MacBook Pro will be remedied this year as Apple is planning a performance update for this year’s MacBook Pro update. 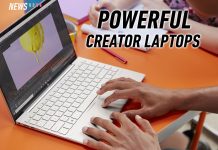