Huawei’s impressive dual camera P9 series of smartphones has officially surpassed the 10 million mark in terms of global sales. The phone was first unveiled eight months ago back in April this year. The milestone achieved turns out to be the first for Chinese manufacturer Huawei, in which the P9 is the first ever flagship smartphone by the company to sail past 10 million shipments.

Huawei teamed up with German camera company Leica for the P9, though both companies have gotten some form of flak by critics worldwide over the fact that the dual camera configuration on the phone was not made by Leica, but instead authorized by the company. Nevertheless, the phone still proved to be a successful one after hitting the 10 million mark.

Huawei has also reported that it shipped 33.59 million smartphone units in the 3rd quarter of 2016 alone, having increased 23 percent in terms of figures compared to Q3 of last year. This result is thanks to the outstanding sales of the Huawei Mate 8 and the recently launched Huawei Mate 9 as well, on top of the best selling P9 handset. The company has kept the dual camera smartphone trend rolling with the P9, Honor V8, Honor 8 and the Honor 6X. What do you think will be the next step for Huawei? 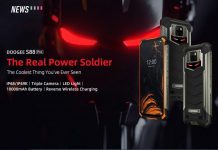