A handful of manufacturers have begun removing the much loved 3.5mm headphone jack from their devices such as laptops and smartphones. But we’re mostly talking about Apple, whose removal of the headphone jack on the iPhone 7 has received quite some flak from different users and consumers. Unless you’re blindly a diehard Apple follower, you definitely had some form of disappointment over Apple’s decision.

Luckily for Apple, the iPhone 7 came with a lightning to headphone jack adapter, but that isn’t the case for the HTC Bolt. The latest smartphone by the Taiwanese manufacturer happens to omit the headphone jack as well. Although it comes with a set of USB-Type C headphones in the box, there isn’t any USB-Type C to headphone jack adapter available in the box for consumers. Fortunately, the company came to its senses and is currently rewarding users with the adapter available for free to be shipped to them. Consumers will have to go to the source link below and key in the purchase date, transaction number and MEID number in order to claim their “reward”.

Jeff Gordon, PR for HTC has stated that future units of the HTC Bolt will be shipped together with the adapter in the phone’s packaging, which is good news for future buyers. The omission of a headphone jack isn’t the only odd aspect of the HTC Bolt. The handset’s processor is the controversial Snapdragon 810 that faced overheating issues in some of last year’s flagships, so that’s another thing to note. Regardless, HTC would have done a better job by including the headphone adapter with the HTC Bolt from the very beginning. Let us know your thoughts at the comments section below! 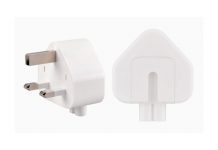 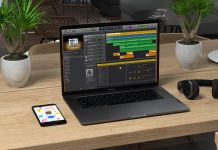