No, this isn’t a budget Macbook of any sort, but rather, a physical kind of book that you get in book stores. That’s right. Apple has launched a book, titled “Designed by Apple in California” that records 20 years worth of products designed by the Cupertino giant. The book by Apple is also dedicated to the memory of Steve Jobs. 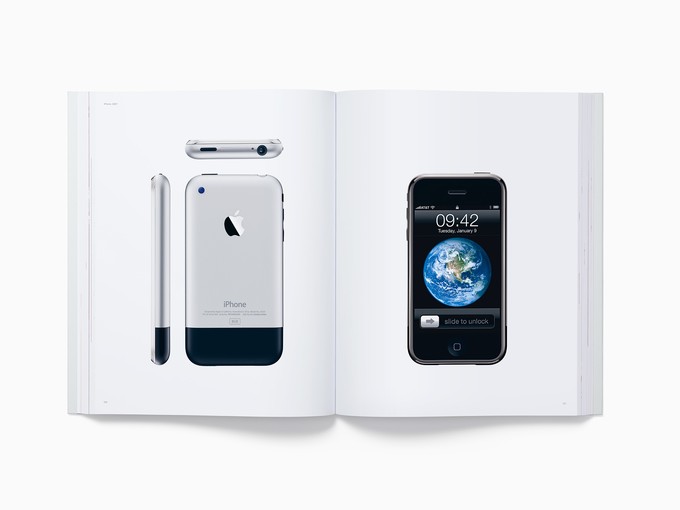 “Designed by Apple in California” is said to cover products from the iMac back in 1998 till the 2015 designed Apple Pencil. The book comprises of 450 photos which show the design process for Apple products, and of course, the end products themselves. Jony Ive, the golden voice behind most of Apple’s product videos at the company’s keynote events, and also Apple’s chief design officer, has said, “the idea of genuinely trying to make something great for humanity was Steve’s motivation from the beginning, and it remains both our ideal and our goal as Apple looks to the future.”

In typical Apple fashion, the company “beautifully” describes the material of the book itself – “printed on specially milled, custom-dyed paper with gilded matte silver edges, using eight color separations and low-ghost ink”. According to Apple, the hard cover of the book is said to be developed over a lengthy 8 year period.

“Designed by Apple in California” is available in small and large sizes, with respective price tags of $199 (RM863.79) and $299 (RM1,297.85). Overpriced? If you think that the 450 photos of Apple’s design is worth your money, then by all means go for it. Do bear in mind that the book by Apple is only available in Australia, France, Germany, Hong Kong, Japan, Korea, Taiwan, the UK and the US. What do you think of Apple’s premiumly priced book?