The hype that was built prior to the Huawei Mate 9 was intense and immense, with rumors pouring in from a couple of months ago. The Chinese manufacturer did not do well when it came to keeping secrets of its latest flagship phablet, as is the case with most Chinese OEM’s. The Huawei Mate 9 finally had its wraps taken off by the company at its Munich launch event earlier today, so let’s dive into this highly anticipated handset.

Based on the countless leaks that we have received, most of you out there pretty much know what to expect from the Huawei Mate 9. For starters, the phone has a Full HD 5.9-inch display covered in 2.5D glass, giving out a pixel density of 373 ppi. Underneath the hood, the Mate 9 runs on Huawei’s recently announced top notch Kirin 960 processor, claimed to have better CPU performance than the likes of the Snapdragon 821 and Apple’s A10 Fusion chip. Alongside the brand new chipset are 4GB of RAM plus 64GB of internal storage, further expandable for another extra 256GB via the micro SD slot.

The Huawei Mate 9 features Android 7.0 Nougat with an improved EMUI 5.0 skinned on top. Huawei claims EMUI to be 20% smoother than previous versions of its own software, plus 50% better system response. In terms of camera, Huawei again implements the dual rear camera configuration on the Mate 9, like first seen this year on the OEM’s P9 handset. As expected, the Mate 9’s dual cameras are spec-ed better than its other dual camera handsets this year. The Mate 9 sports a 20MP monochrome sensor coupled with a 12MP RGB sensor with OIS and laser auto focus. Like the P9, dual cameras will provide better control and tweaking when it comes to depth of field, such as the ability to refocus objects in pictures after being captured, not forgetting Huawei’s partnership with Leica for the camera setup. On the front of the Mate 9 is an 8MP selfie shooter with f/1.9 aperture. By the sound of it, the camera package as a whole shouldn’t disappoint.

For all these, the Huawei Mate 9 packs a 4,000mAh non-removable battery and is charged via a USB Type-C port with SuperCharge support. One thing to note is the Mate 9’s SuperCharge technology requires the original charge and USB C cable that comes with it. Huawei claims its on charging tech to provide 50% battery in half an hour. Other specs include NFC, Bluetooth 4.2 and a dual SIM slot. That’s not it. There is a more premium variant of the Huawei Mate 9, as a result of the company’s collaboration with Porsche. With that, is a Porsche limited edition of the Mate 9. The notable major differences start with its display, sporting a 5.5-inch curved screen at QHD resolution, a step up from the ordinary Mate 9. The Porsche model features the same processor, but has 6GB of onboard RAM, plus a massive 256GB of internal storage (non-expandable). The rest of the specs pretty much remain the same.

The Huawei Mate 9 carries a price tag of 699 Euros (RM3,256.88) and the limited edition Porsche model nearly doubles that at a price of 1,395 Euros (RM6,499.79). Will you be purchasing the Mate 9 at that price point? Let us know your thoughts at the comments section below! 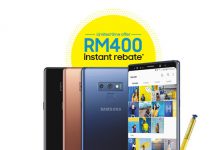 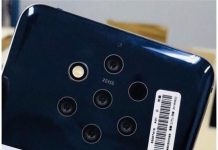