Not too long ago, Instagram introduced Instagram Stories, a new feature which was welcomed by many, yet criticized for seemingly copying the idea of Snapchat, another image messaging app that has been popular since its existence. Looks like the Facebook owned WhatsApp will be hopping on the bandwagon as well, adding camera features which look eeirely similar to that of Snapchat.

This might not come as a new feature for WhatsApp beta users, but as much as it looks like a Snapchat copy, the new update will come in handy for WhatsApp’s crowd of users. WhatsApp’s new camera features allow users to draw and doodle on photos and videos, plus being able to add text onto them. Users will be able to add emojis into photos and videos as well. As you can see from the image above, you might find it a little hard to differentiate it from Snapchat.

Apart from those, the new WhatsApp camera will support front facing flash to adapt better in low light conditions. Zooming while recording video has been made easier as well, just by swiping up or down for zooming in or out. As similar as the new WhatsApp camera and Instagram Stories might be to Snapchat, they still don’t have the variety of constantly updated dog filters and geo tags, for that matter.

The new update has begun rolling out to Android phones as of now, and the update for WhatsApp’s iOS counterpart will be coming soon. What do you think of this new WhatsApp feature? 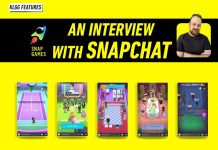 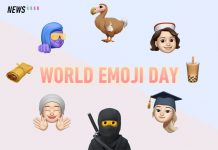