After countless rumors surrounding the LeEco Pro 3, benchmarks and what not, LeEco has finally made the handset official and China. The LeEco Pro 3 has been rumored to max out in terms of specs, so let’s dive in and take a look.

To start things off, the LeEco Pro 3 features a 2.5D glass 5.5-inch display at Full HD resolution. Like OnePlus, LeEco has kept the display resolution at 1080p for its latest flagship. Moving onto its internals is where things start to get a little more interesting. The phone happens to be the second phone ever to be equipped with a Snapdragon 821 processor, the first being the ZenFone 3 Deluxe by fellow manufacturer ASUS. Unfortunately and probably very much unnecessary, the Pro 3 does not have 8GB of RAM, we’ll leave that for next year. The handset does however, come in two memory configurations – 4GB of RAM with 32GB of storage and 6GB of RAM with 64GB of storage. Internal storage isn’t expandable, though a 32GB base model doesn’t sound too bad.

The Pro 3 sports a 16MP PDAF rear camera with an f/2.0 aperture, coupled with a wide angle 8MP selfie shooter on the front. Powering the device is a 4,070mAh battery which sounds plenty for the package. Plus, the phone supports Quick Charge 3.0 so battery life is definitely one of the lesser worries. Surprise surprise, the Pro 3 doesn’t have a 3.5mm headphone jack either, and before you label the phone as an iPhone copy cat, do note that LeEco already has three handsets from the Le 2 series that have omitted the headphone jack. And mind you, that was way back in April. Like the phones from the Le 2 series, the LeEco Pro 3 features CDLA audio decoding technology which provides digital audio output as opposed to analog. The phone does come with its own USB Type-C earphones so users won’t have to go out of the way to obtain Bluetooth headphones or USB C ones, for that matter.

Speaking of audio, the Pro 3 has dual stereo speakers – one at the bottom and the other above the display, which acts as an earpiece. LeEco has sided with a rear fingerprint sensor for the Pro 3, and it supports NFC as well. Pricing is where Chinese smartphones shine and the LeEco Pro 3 seems to outshine the rest, with the 4GB RAM/32GB variant coming in at 1,999 CNY (RM1,247.30) and the 6GB RAM/64GB model carrying a price tag of 2,499 CNY (RM1,559.28). Sounds like a banging phone on paper, so let’s hope LeEco won’t let us down. What are your thoughts on LeEco’s latest flagship? 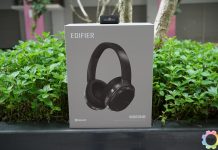 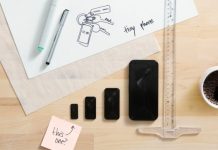 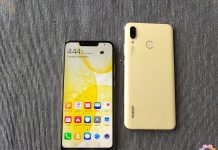