With the recent news of a Hydrogen OS and Oxygen OS merger, community builds (beta versions) for OnePlus phones have been rather swift, which is to be expected since the company has since combined its resources and centered its focus to the one sole Oxygen OS. With that, the company has rolled out Oxygen OS 3.5.2 Community Build for their latest flagship, the OnePlus 3.

Oxygen OS 3.5.2 is rather large in size at 1.3GB, but remains as Android Marshmallow, as OnePlus hasn’t announced a timeline or a rough date for a Nougat Oxygen OS. Nevertheless, OnePlus 3 users who intend to give this community build a try can download the image file via the source link below. Oxygen OS 3.5.2 arrives with a couple of newly added features: 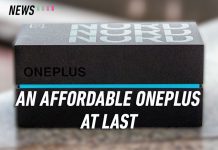