ZTE may have made a big announcement of the Axon 7 here, but let’s not forget that the company has some other decent smartphones in its portfolio. The Blade V7 series, which was announced a few months back is the company’s first ever attempt to challenge the mid-range smartphone category this year, and our experience with the Blade V7 Lite has been a rather good one. Two weeks back I received the Blade V7 Max  from ZTE and I have to admit I have almost forgotten about its existence due to the hype on the Axon 7, not only the phone feels totally different from the V7 Lite, it still maintains the solid metal build that I have commended on its lower end sibling and it packs a totally different set of hardware – Faster, in this case. On first impressions, the V7 Max is a good looking device, it sports premium features like a metal unibody and chamfered edges that you will usually find on flagship devices, in fact it feels a lot better than the V7 Lite, which also has the same build quality. Aesthetically, the phone does weigh a little like many other metal clad smartphones, however with a 7.2mm slim body profile, the V7 Max is a rather slim smartphone, it feels very satisfying holding the device and if you have larger hands, you would find it possible to use the phone single handedly due to its hidden and slim screen bezel. ZTE has also done something different from other smartphones on the hardware, the fingerprint scanner of the V7 Max is installed below the power button on the right side, which also unlocks as soon as it recognizes the finger, while its not the fastest and precise hardware I have seen, it works fine in most cases. In addition, the notification LED is on the capacitive home button, which pulses when the phone receives notifications or is charging, this is something that I haven’t been seeing a while on smartphones and I like it. On a side note, the V7 Max now charges and syncs via a USB-C port.

The V7 Max has a significantly powerful hardware specs than the V7 Lite, it is powered by a Mediatek Helio P10 CPU, there’s 3GB of RAM, 32GB of internal memory that can be expanded with a MicroSD card, a 5.5-inch Full HD display with a 2.5D curved glass, a 3000mAh battery and takes dual SIM cards with 4G LTE support. The Blade V7 Max comes preinstalled with ZTE’s very own MiFavor UI running on top of Android 6.0, there are a number of bloatware which I have removed after setting up the phone for the first time and I highly recommend you to do so, for instance Clean Master and the preinstalled Touchpal Keyboard, they infest the phone’s lock screen with apps when you are charging the device and it can get really annoying. Otherwise, I’m grateful that the custom skin hasn’t slowed down the phone’s performance.

I am not a big fan of ZTE’s software and I was eager to replace it after using it for a few days, the app icons aren’t pretty and you can’t do much things with the launcher, arranging apps can be a pain when you don’t have batch operations, there’s no themes to jazz up the user experience and you are left with a boring set of wallpapers, hence if you are the kind of user who wants to do a lot of customizations on your phone, you might want to install a third party launcher. Otherwise, there are still good things on the phone’s software, for instance I can configure the capacitive menu buttons to have the back button to be either the right or left button, there’s a private space feature that stores private files, photos and messages, on and off screen motion gestures are also available if you want to perform certain tasks. One thing that ZTE hasn’t really emphasis on the V7 Max is audio playback, the phone supports DTS audio, which is also an option that you can choose to enable in the phone’s sound settings, it significantly increases lower audio frequencies and makes audio sound more boomy, this is particularly good when it comes to watching movies on the phone, I would high recommend disabling that option if you are listening to music for long durations, as it also sounds extremely decent even without it. To be honest, I was underwhelmed by the camera software, firstly it isn’t fun to use with the limited number of camera modes, the interface looks so dated that you won’t really find it friendly as well, ZTE should consider hiring a UX designer for its smartphone software. 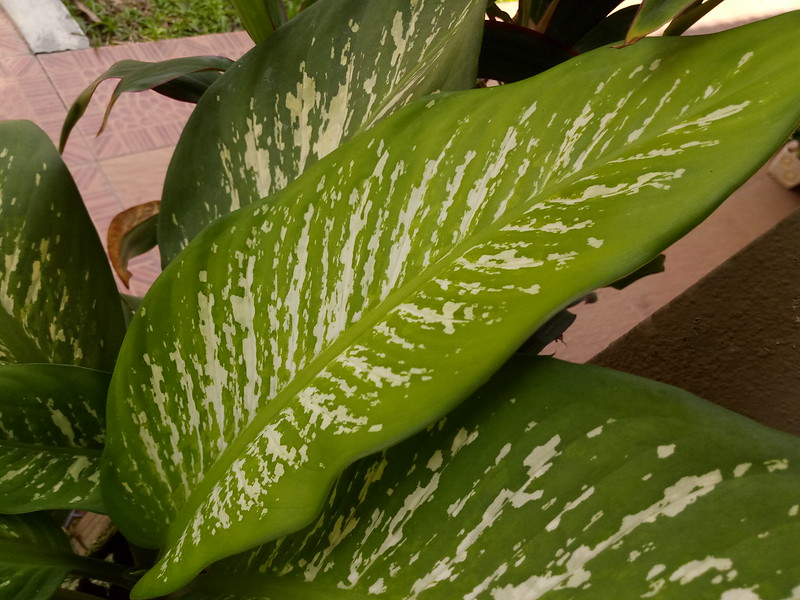 I usually do not set high expectations on the camera performance of mid-range smartphones, the V7 Max packs a 16-megapixel main camera, which is the highest resolution I’ve seen in its class and suffice to say, it surprised me with great color saturation and sharp detail in good lighting conditions, which is something I haven’t seen a long time in mid-range smartphones, pictures can still get underexposed at times and the camera doesn’t do too well on low light, which is very typical for smartphone cameras of such range. 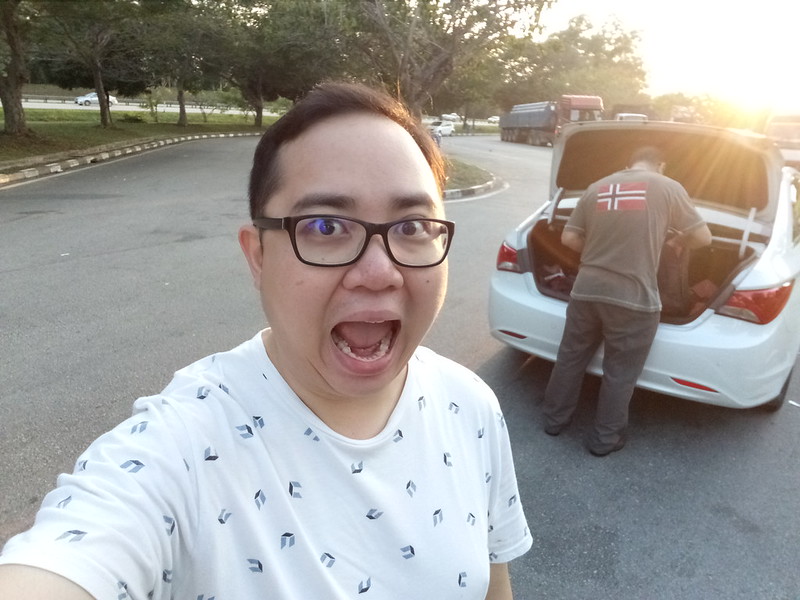 The front facing 8-megapixel performs fine, but it isn’t the best selfie shooter, make sure you keep those list of beautify apps handy if you take selfies frequently. 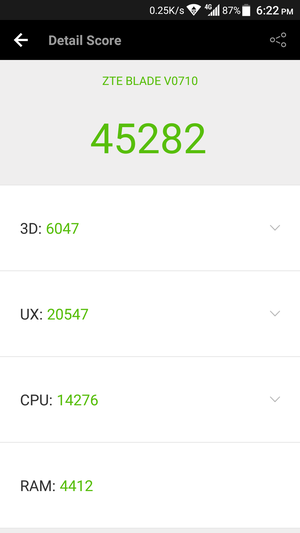 The Mediatek P10 CPU is no stranger to us and has been used in a number of smartphones, this processor in particular is a rather good overall performer in benchmarks and can easily outperform Qualcomm’s mid-range Snapdragon 61x processors, graphics performance was also decent and you should see decent framerates in most of your games, the phone does however get really hot when used for extended durations and that is common thing for metal smartphones. While I have recorded a rather good battery life on the V7 Lite, the V7 Max isn’t a good performer in standby times, the battery screenshot that you see above is a very lightweight usage scenario, with a mere 35 minutes on screen time and around 15 minutes of watching movies on Viu, the phone will require a charge after a day and a half. Despite of that, the phone will still get you through an 8-hour work day with moderate use.

The V7 Max has no reception issues on U Mobile’s network, I had consistent LTE signals in supported coverage areas and  my callers have reported a clear voice from my end, this is also something that I have to commend ZTE for having its radios work really well within a metal chassis. 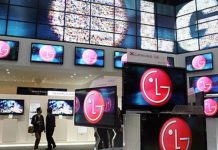 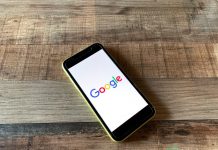