I’ve been an avid HTC user for the past few years and probably used more HTC smartphones than any other smartphone brands, the HTC 10 is the eighth HTC smartphone I’ve used till date, this new flagship is the next most iconic smartphone that the company has ever released since the original HTC One, there may still be a familiar HTC design language, but what has truly changed this round lies under the hood. After a month with the HTC 10, its time to conclude how well the phone has fared as my daily driver. When HTC released an ad saying that they are obsessed with their new flagship, they do tend to set everyone’s expectations high on their new flagship. Fortunately, the HTC 10 is an attractive looking device, not only it sports an entirely new front face, the metal unibody chassis now features an unusual thick chamfer that gives it a three dimensional feel, it almost feels that you are buying a piece of art rather than a smartphone. With the thick chamfer and curved back, this phone has the best ergonomics when it comes to using single-handedly, it is also less slippery than other metal smartphones I’ve used. The volume rocker and power button is well positioned for my thumb’s reach and you will actually find it OK to use the phone with either hands. The HTC 10 has separate slots for the SIM and Micro SD card, unlike last year’s One M9 Plus, the phone doesn’t have dual SIM support, that’s really unfortunate considering most flagships sold here are supporting dual SIM as a standard feature. Furthermore, the HTC 10’s solid build isn’t IP-certified water and dust resistant, so please always remind yourself about that. One of the things that you might have to start getting used to HTC phones is the Samsung-like home button which also serves as a fingerprint scanner, for one I like it to be a capacitive one so that I can unlock the phone with my finger without pressing it, I was always confused at times with the Back and Multitasking capacitive buttons in the beginning, while I wished HTC could have an option for me to swap them, I get used to it after some time. Sound has always been HTC’s emphasis on every flagships since the One M7, the HTC 10 continues to deliver beautiful sound from its new Hi-Fi edition BoomSound speakers, I’m actually impressed with how HTC has still managed to cramp in two impressive loudspeakers with each of them having a teeter and subwoofer respectively, you find the soundstage to be different from the company’s front firing BoomSound speakers, but listening music on the phone’s loudspeakers is still very satisfying and better than any smartphones I’ve used this year. Also, I highly recommend that you try out the earphones provided in the package on the phone as it sounds gorgeous. Every time HTC releases a new flagship smartphone, I tend to get really excited about the phone’s software because it simply offers one of the most useful and snappiest experience out there. This round, HTC has taken a step further in removing its own proprietary system apps and uses Google’s solution, things such as Gallery has been replaced with Google Photos, Music is being replaced by Google Play Music and my once favourite HTC Calendar app has been replaced by Google Calendar. While I still miss those old HTC apps, they made a lot of sense in making this change as Google’s solution no longer feels shabby to make you want to use 3rd party solutions, which is why the user experience on the HTC 10 is so snappy despite having the usual HTC Sense usability that I have got used to.

Even though the HTC 10’s software is really nice, it is beginning to feel rather dated and there’s nothing to be excited about, to be fair you get a new Freestyle home screen where you can customise stickers to launch an app or perform an action, but sadly you will not be able to add any widgets on to it. Since HTC has begin to introduce fingerprint as a security feature on its flagship, there is no way that you can lock files stored on the phone and launch apps with a specific finger, it gives me no additional reason to use the hardware apart from unlocking the device, in fact the old HTC One Max has a more useful fingerprint scanner despite having poor hardware. 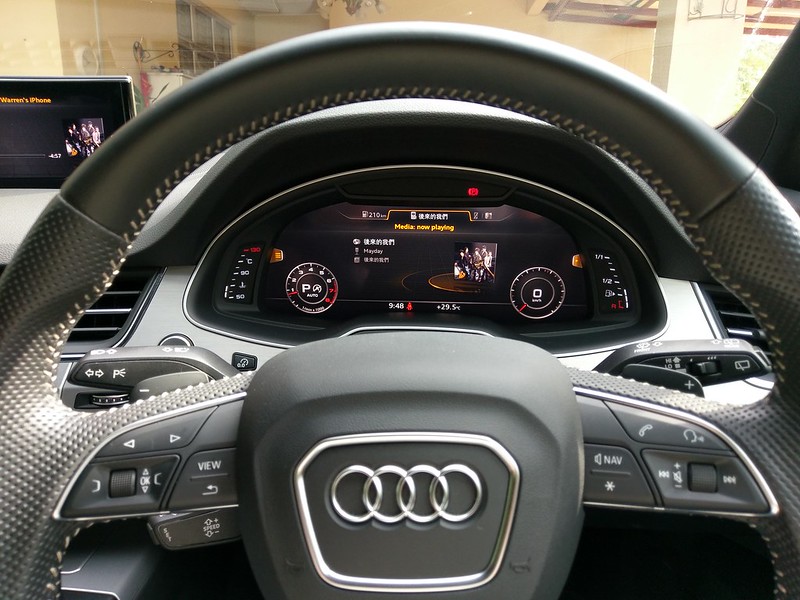 HTC hasn’t really been able to snap on a decent camera for its smartphones over the past few years, the HTC 10 has an all new Ultrapixel camera that finally takes higher resolution 12-megapixel stills with a huge 1.55 micron pixel and a f/1.8 aperture, there’s also OIS, phase detection and laser autofocus, this is the best camera that HTC has ever installed on a smartphone, while it is still no match for the Galaxy S7 in low light, the camera still manage to produce very minimal noise levels in pictures, color reproduction is accurate without looking to saturated as well. Apart from that, the phone sports excellent video recording capability with great stabilisation and audio recording, don’t ever underestimate the front facing Ultraselfie camera though, it may only take 5-megapixel stills but its large f/1.8 aperture and OIS will ensure that videos look just as good as the main camera. The HTC 10 produces impressive benchmark results and is easily one of the most powerful Android flagships out there, all thanks to the Snapdragon 820 SoC and Adreno 530 GPU, the phone should literally handle any resource demanding apps and games without much effort. Even though HTC claims that phone’s battery is able to deliver two days of juice, that will never ever happen even on an extremely lightweight usage, but the good news here is that it will still last you more than a day on a 2-3 hours on screen time.