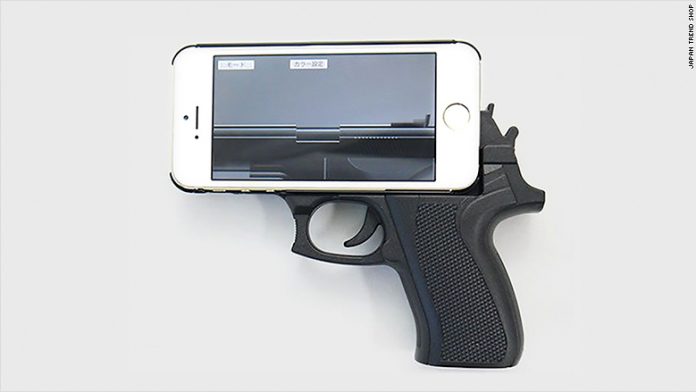 Smartphone cases come in various shapes depending on what really suits you, but if you happen to own a gun shaped phone case, you might want to be careful if you happen to be in London airport. 9to5Mac has reported that a man in London could be facing charges for having a gun-shaped iPhone case while boarding his flight at Stansted Airport, the news happen to break out on a tweet by the Essex police, showing a sample stock image of a gun grip sticking out of a jeans pocket and how a gun-shaped iPhone case looks like.

This is what was in the back pocket … An #iPhone case. Someone decided to put themselves in such a situation today pic.twitter.com/Lu66Et1bdg

At this point of time, the Essex police has stated on Twitter that it is considering to charge the man with Section 5 Public Order and possibly Section 19 Posession of Imitation Firearm in a Public Place, they also warned travelers that bringing such a thing to an airport could make you less likely catch your plane on time. It is also reported that police departments in New York and New Jersey warned the public about owning gun-shaped iPhone cases last summer, as it could affect the judgement of an officer carrying out duties to identify if it is a real gun or mere iPhone case. Therefore, if you ever want to own one of these gun-shaped iPhone cases, just don’t bring it to the public and scare the hell out of people, you could be charged even if you aren’t guilty.