When it comes to tablet design, deviations are usually minimal. Sure they may sport some differences in the build materials and construction, but you generally expect the tablet to be rectangular and flat for the most part. When it comes to the Yoga Tab 3 Pro though, that is not the case. The first thing you’ll notice when you take the device out of the box is the kickstand at the bottom of the tablet. This kickstand is where the projector is located, and as you can tell, it’ll be used to hold the projector up, or to sit your tablet up. Speaking of the projector, let’s talk about the screen. The Yoga Tab 3 Pro comes with a 10.1″ QHD (2560 x 1600) IPS touchscreen Above the stand are the JBL speakers. On either sides of the device, you’ll find the standard volume rocker, USB port, power button, headphone jack, and a projector button. On the back side of the Yoga Tab 3 Pro, you’ll find that most of the tablet is covered with leather, giving the device a soft feel to it.

For the Yoga Tab 3 Pro, Lenovo has opted for an Intel chip. The device itself is powered by a 2.24GHz quad-core Intel Atom x5-Z8500, 2GB of LPDDR3 RAM, 32GB of internal storage space that can be expanded to up to 128GB via microSD cards, a 13MP Auto Focus rear camera, a 5MP front facing camera, and a 10200mAh battery. The Yoga Tab 3 Pro runs on Android 5.1 Lollipop. We will get into the projector a bit later. For now though, we’re going to focus on the general usability of the Yoga Tab 3 Pro. After using it for roughly a week, I can honestly say that the Yoga Tab 3 Pro is a pretty solid tablet by itself. Performance-wise, the Yoga Tab 3 Pro handles basic tasks such as web browsing and productivity tasks without any problems. Intensive tasks such as games and multitasking does cause the device to stutter at times, but for the most part, the tablet is able to handle it without too many issues. One of the strong points that the Yoga Tab 3 Pro has is its screen. I actually really like the screen of the Yoga Tab 3 Pro as it is both bright and the colours displayed are vibrant. The speakers aren’t too shabby either, and while the Dolby Atmos software still doesn’t give it the 3D sound that Lenovo claims it can do, it does manage to make the speaker some “oomph” to it, making this device great for media purposes.

Another plus point that the Yoga Tab 3 Pro has is its battery life. Under normal usage, the tablet will last you around 18 hours on a single charge. On standby mode, the Yoga Tab 3 Pro can last even longer. Lenovo did claim that the tablet on standby can last up to 49 days, but seeing as I don’t have the device for that long a period of time, I can neither confirm nor deny that claim. First things first, accessing the projector is easy. You can toggle the feature on and off either through the OS itself, or via the projector button located at one of the sides of the tablet. Once toggled on, the kickstand will work as the height adjuster for the projector, meaning you’ll be laying the tablet flat on a surface.

Adjustments made to the projector, such as keystone, focus and brightness, are all done via the projector software that is easy and intuitive to use. As for image quality, do keep in mind that this is a pico projector installed on a tablet, and as such, you really shouldn’t expect it to compete with proper full-sized projectors. For the most part, the projector does manage to get the job done. If you’re mainly going to use the projector on this tablet for boardroom presentation purposes, the Yoga Tab 3 Pro’s projector is more than sufficient for that purpose. 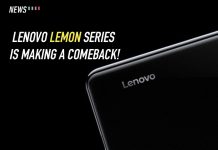