We’re only hours away from Lenovo’s Tech World, and we have come across some last minute leaks of the Lenovo phablet, dubbed the Lenovo PHAB2 Pro, which is set to be Google’s first Project Tango device for consumers.

Thanks to Steve Hemmerstoffer from nowhereelse.fr, we now see what appears to be a leaked press render of the Lenovo PHAB2 Pro. Based on the render, the phablet stands pretty tall, matching the previous claim by popular tipster Evan Blass that the phone will sport a large 6.4-inch QHD display. Also spotted are capacitive buttons below the display instead of Google’s usualy go-to on-screen navigation buttons. 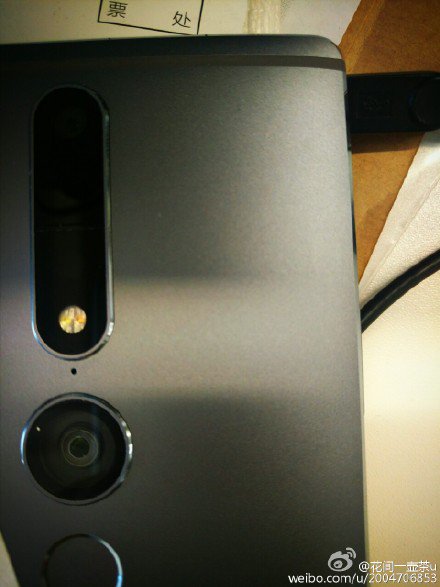 The Project Tango phablet is said to sport three cameras, for advanced spatial recognition, mapping and depth sensing capabilities. Here’s a close-up of the PHAB2 Pro’s rear panel, which is also sourced by Hemmerstoffer from Chinese micro blogging site Weibo. Apart from the camera modules is a rear fingerprint sensor. Also seen on the back of the device based on the previous image is the Project Tango and Lenovo branding. Not forgetting, two antenna bands running across the top and bottom of the rear panel.

All we have to do now is stay tuned for Tech World 2016 by Lenovo and hope that all these leaks and rumors turn out to be true. Let us know your thoughts at the comments section below!