With the introduction of its FIRST Platinum plan done and dusted, Celcom has now decided to focus its attention to the Xpax side of things. Today, the company has officially introduced the M4gic SIM by XPAX. Of course, data isn’t the only thing that comes with the M4gic SIM as Celcom will also be offering unlimited calls, carry forward internet and free Yonder Music access to those who are on M4gic SIM. Users will also receive free basic internet for services such as Whatsapp, WeChat and Facebook Messenger. Internet Burung Hantu will also be availble for M4gic SIM users as an add-on. Another improvement made to M4gic SIM is M4gic Reload. This reload system replaces the pre-existing two-step reload system with a simple one-step system, allowing you to reload your prepaid plan in only 10 seconds. Celcom will begin offering M4gic SIM today. The M4gic SIM prepaid pack can be acquired for only RM10 and will come with free Hi-Speed Internet of 200MB, RM6 worth of preloaded airtime and a 24sen/min call rate. If you wish to retain your current Xpax prepaid plan, Celcom has assured us that they will not be discontinuing the current prepaid plans. 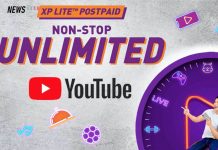 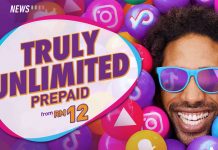