A message from Maxis CEO Morten to our customers

There have been many questions about our plans lately and we’d like you to hear from us. Join our CEO Morten and Head of Consumer Business Dushyan as they address some of your questions.

Maxis has had a disastrous week as many of its subscribers were angered by Maxis’ actions on social media. Today, Maxis has decided to issue an official apology for their actions.

In a video posted on Maxis’ Facebook account, Maxis’ CEO Morten Lundal apologizes for the company’s actions for providing better plans for customers who’ve just recently jump ship from other telcos. “Some individual customers had tailored plans offered to them. This had angered some of you and it also doesn’t fit with our company’s commitment to fairness and transparency,” says Lundal. As a sign of good will, Maxis’ Head of Consumer Business Dushyan announces that all current Maxis ONEplan and MaxisONE Business customers will have their data quotas upgraded for no extra charge. ONEplan customers, even who presently have a data quota of 1GB will be upgraded to 5GB while those with 3GB would be upgraded to 8GB. Besides data quota upgrades, Maxis will also began offering 3GB of extra data to all ONEplan and MaxisONE Business customers next week.

Maxis has also stated that the company will be announcing their new plans later this month, which they say comes with new features that would allow ONEplan customers “to do a lot more with their data.” Let’s just hope that there are no further PR blunders from now till then. 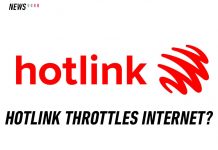 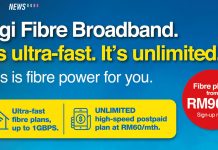