Hasbro, makers of such classic tabletop games such as Monopoly, Battleship and Operation, are looking to crowdsource a new game. To that end, they’ve launched the “Spring 2016 Next Great Game Challenge” in partnership with Indiegogo.

For the Next Great Game Challenge, those interested would need to pitch ideas for a game that they think would be successful in the market. Hasbro would then go through all of the pitches and select the top 15 games. If the game was selected as one of the top 15, the participant would then be required to create a functional prototype. Once done, Hasbro would then do a playtest of the prototype. During this stage, Hasbro would be choosing five finalists. Once the finalists have been chosen, all five projects would have a crowdfunding campaign of their own launched on Indiegogo. Finalists would also receive USD 2,000 from Hasbro to help develop their game.

When the crowdfunding period is over, Hasbro would be selected one of the five projects as the Winner. Said winner stands to win USD 25,000 in cash price, a trip for four to Hasbro HQ, and an opportunity to work with the games company itself. Unfortunately, the contest is only available for residents and citizens of the US, Canada, UK, Germany or France. Despite that, it would be interesting to see the games that comes out of this contest. 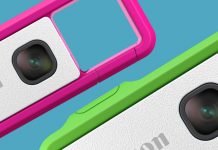 The Ivy Rec is Canon’s upcoming tiny, clippable camera that is being crowdfunded on Indiegogo