Whether young or old, the idea of magic is still magical with all of us. That was how we felt when treated to a private showcase of renown international illusionish JC Sum held at Live House KL recently. For those who do not know him, JC Sum is an award-winning illusionist and designer of original illusions, whether for performance at special events, luxury cruise liners, theaters, showrooms and television. Hailed from Singapore, JC Sum showcased a new creation called the iFrame act, which involves some tech-centric illusions such as magically transforming a smart phone into a digital tablet, shrinking a smart phone half its size, on top of other interactive visual effects with the tablet such as making money appear and disappear from and within the iFrame and creating a confetti of snowstorm from thin air. This is a first of its kind, as this act combines technology with art and magic, as explained by JC Sum. Being able to converse in both Mandarin and English, he has appeared in many international corporate events as well. We were also entertained by a variety of illusions, some even calling upon people in the audience to take part in. After the showcase, JC Sum came around and showed us an up close and personal illusion where he passed coins through a mobile phone, from the bottom to the top.

If you’re interested in magic, you can check out some of JC Sum’s books as he has so far written nine books on illusion designs and presentations for the magic community, and business books for live entertainers. 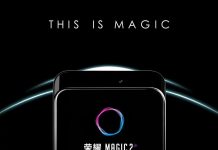 Nubia has unveiled its Red Magic gaming phone, comes with LED lighting on the back 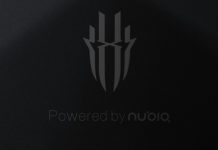