The dream matchup of virtual reality and Star Wars is coming true as ILMxLab has officially revealed Star Wars: Trials on Tatooine.

Trails on Tatooine isn’t the only video that ILMxLab has published as they have also released a recruitment video. Aside from asking for those interested to “join the force”, the three minute video also showcased what ILMxLab has in store for VR in the near future.As for Trials on Tatooine, this experience will be coming to the Vive VR Headset.

No release date has been given just yet but seeing as the Game Developers Conference is still ongoing, there is a chance that ILMxLab will announce a concrete release date sometime this week. 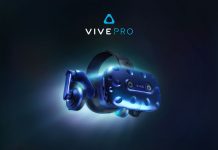 CES 2018: HTC introduces a Pro model of their Vive headset