Lenovo Malaysia has unveiled two of their handsets, featuring TheaterMax which is powered by Lenovo’s VR technology. Introducing the Lenovo K4 Note and Vibe X3, both of which have VR capabilities out of the box, and are the world’s first with TheaterMax. Starting off with the Lenovo K4 Note, which sports a 1080p Full HD IPS display at 5.5 inches. Lenovo claims this device to have good sound recording quality with their 3-microphone system with Wolfson audio codec that filters out ambient noise during sound recording. The K4 Note features twin front facing stereo speakers, powered by Dolby Atmos. It also has a 13MP/5MP rear camera and front facing camera pair, the usual standard for mid range smartphones today. The K4 Note is running a 64-bit octa-core MediaTek MT6753 SoC and a Mali-T720MP3 GPU, alongside 3GB of RAM and 16GB of internal storage which is expandable up to 128GB via micro SD. All of these, powered by an embedded 3,300mAh battery. Also launched is a VR headset by Lenovo, known as the ANTVR. The fairly light headset weighs at 160g and sports an aspherical lens with a 100-degree wide viewing angle. The ANTVR has a folding design, allowing you to slide in your smartphone with ease. The headset is also glasses friendly for the four-eyed folk. Launched alongside the K4 Note and the VIBE X3, the ANTVR will pair well with either device since they feature TheaterMax, which Lenovo promises an immersive and cinematic experience. According to the company, TheaterMax stands on three experimental pillars – Exploring, Watching and Interacting. The Lenovo K4 Note and VIBE X3 are available for sale nationwide at retail outlets near you, priced at RM999 and RM1,899 respectively. The K4 Note comes in Matte White and Matte Black while the latter is available in Pearl White. Lenovo’s ANTVR headset on the other hand, costs RM99 and will come in both black and white versions. (Update: Lenovo has also announced that the ANTVR headset will be bundled as a free add-on with the purchase of either the K4 Note or the Vibe X3, limited to stock availability.) For more info and updates by Lenovo, follow them on Twitter (@LenovoMY) and their Facebook page. What are your thoughts of Lenovo’s step into the VR world? Let us know your thoughts! 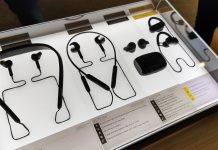 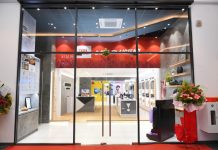 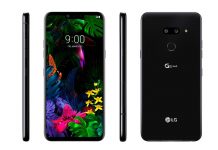