Where is the HTC One M10? HTC has decided not to launch its upcoming flagship smartphone at MWC this year, where most of the light was shed on the battle between LG’s G5 and Samsung’s Galaxy S7. Instead, HTC featured three mid range handsets – the Desire 530, 630 and 825. Just recently, HTC teased us with a vivid image of the M10 on its Twitter account as shown above, with a #powerof10 hashtag.

The Taiwanese OEM has released a teaser yet again, this time in the form of video. Unfortunately, the video doesn’t tell us much about the device. HTC has decided to tell us about the effort being put into making the M10 instead. The voiceover in the teaser started off with:

“What’re we up to? We’re in our lab, on our grind, working non-stop. Not because we have to, because we want to.”

According to the video, HTC’s team have been losing sleep, in efforts to make the M10 even better. Admittedly, they claim themselves to be obsessed, but in a good way. On that note, the M10 wasn’t shown or mentioned at all, apart from the same teaser image at the end of the video.

Nevertheless, the M10 is rumored to be powered by a Snapdragon 820 processor, alongside 4GB of RAM and 32GB of expandable storage. It is tipped to sport a 5.2 inch QHD AMOLED panel display, the same 12MP rear facing camera like on the Nexus 6P and a 5MP Ultra-Pixel selfie camera. None of the above can be confirmed, so let’s hope that HTC’s efforts won’t disappoint us once the flagship is unveiled. Catch the teaser video here. Stay tuned as we bring you more news! 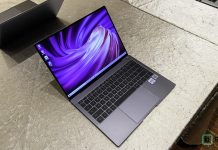