LG was in charge of Google’s Nexus 5 in 2013, which was a big hit considering its specs at an affordable price. Google decided to refresh the Nexus 5 with the Nexus 5X, also produced by LG. The Nexus 5X proved to be a worthy follow up to the 5, running a Snapdragon 808 processor, an inclusion of a fingerprint sensor and a really impressive 12.3MP image sensor on its camera, the same one found on the Huawei Nexus 6P.

Most Android fans will be expecting another follow up by LG to the Nexus 5X, however a spokesman from LG has claimed that it doesn’t have any plans to build the 5X’s successor this year. He claims that the company needs to focus on its own brand. LG has been making some changes in direction for its mobile phones sector. For instance, the company has decided to skip the G Flex line this year after the release of the LG G Flex and the G Flex 2 over the last two years. LG has also somewhat overhauled its new flagship handset, the G5, from its predecessor. The G5 sparked innovation, a modular phone that goes head to head with Samsung’s Galaxy S7. To wrap it all up, LG will be focusing more on doing their thing since there won’t be a Nexus 5X successor this year. It is still a mystery as to which OEM will Google work with for this year’s Nexus line. Some claim that HTC will be in charge, but some say that Google will still be remaining with Huawei since the Nexus 6P received many praises from fans and critics alike. 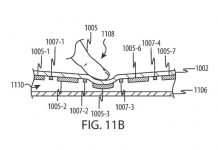 Apple patents a touchscreen keyboard that will flex when pressed 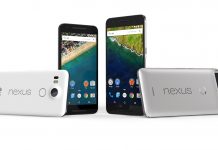 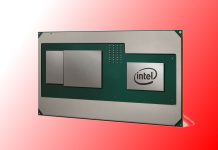