The towns that received Digi’s 4G LTE rollout includes Lunas, Batu Gajah, Jejawi and Arau. The rollout is part of Digi’s ‘You Tweet, We Build’ campaign whereby Digi customers could highlight locations they wish to enjoy high-speed internet coverage by tweeting the hashtag #DigiWeWant4G and the location name. The campaign began in mid-November and concluded on 15 December 2015. “Following up from our 4G LTE rollout in Setia Alam in the Klang Valley, we are now happy to announce that we’ve completed the rollout in the four towns up north where Malaysians have tweeted their desire for Digi’s 4G LTE coverage in their areas. As of this week, we have deployed and switched on our 4G LTE infrastructure to serve customers in Lunas, Batu Gajah, Jejawi, and Arau. In total for the northern region, we now have 64% population coverage of our high speed 4G LTE network serving customers in 34 cities, districts and towns,” says Siew Chee Kong, Digi’s Head of Northern Region. 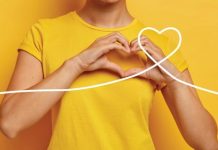