ASUS may have released a slew of ZenFones for the past year, the company has been at least smart enough to sport a different feature set for every Zenfone 2 (well, mostly cameras and screen sizes) it releases. Back in my original ZenFone 2 review, I commented on its uninspiring design from its predecessor and less compelling when compared to its competition of that time, and yet the company still isn’t shy in releasing similarly designed devices locally in the pass month, as in the case of the ZenFone 2 Laser ZE601KL that we have in our labs, despite being the largest Zenfone 2 of all it looks just the same like its siblings. Despite sporting pretty much the same aesthetics and design language as the original ZenFone 2, the 6-inch Zenfone 2 Laser is a rather sleek looking device and tends to offer a satisfying grip for large hands, all thanks to the efficient screen to body ratio that makes it one of the most compact 6-inch device in the market. Nonetheless, the phone’s overall construction is still made of plastic and its glossy frame attracts scratches in the long term, hence a protection case is recommended if you ever want to keep it in a mint condition.

I’m actually glad to see ASUS making improvements to hardware design on the ZenFone 2 Laser. First, there is a removable battery made for the power users, and due to that, the SIM slots have been relocated. While the main SIM slot will require you to remove the phone’s battery, the secondary SIM slot doesn’t, making it really sweet for those who wants to quickly swap a SIM without switching off the phone, but still, some may feel the need for ASUS to start implementing Nano SIM slots on its phones, as SIM adapters do not play too nice with the ZenFone 2 Laser, in my case, my nano SIM tends to fall of the adapter easily when I attempt to insert it to the slot. The 6-inch Zenfone 2 Laser is powered by a Snapdragon 616 processor, this is one of the best chips in the market and ASUS has also given 3GB of RAM, which means you should be able to open a number of apps without having to refresh your memory too often. For the average user, the hardware power on the ZenFone 2 Laser will suffice for most applications and real world performance is on par with the original ZenFone 2.

For a mid-range device, the ASUS ZenFone 2 Laser’s display is definitely a pro feature, it is also one of the few 6-inch device to sport a Full HD resolution, color reproduction is also really good with great viewing angles, there were a number of times I have used the phone for watching Netflix and I must say it was a really enjoyable experience. Sound may not be a big thing on ASUS smartphones, however this time ASUS has put a little emphasis in this department, the phone now sports dual speakers at the back and mind you, they are really loud and do produce a certain level of warmth that some flagship devices today do not offer, its just a shame that they were not front firing speakers however with the phone faced down, the speakers are loud enough to fill up a room without attaching to an external speaker. On a side note, audiophiles should be happy to know that the phone supports the aptX lossless streaming, which the phone will indicate once you pair it to a aptX headphone or speaker. ASUS has been really smart at its smartphone software and that’s pretty much all thanks to ex-HTC engineers working in the team, ZenUI has been one of my favorite Android skins since the first ZenFone and sadly on the ZenFone 2, ASUS starts preloading bloatware that might not be useful for many users out there. The device that we are reviewing now is using pretty much the same version of software as other ZenFone 2 models, ASUS has kept the phone’s overall user experience optimized by updating its system apps periodically on the Play Store, although there are still unnecessary bloat preinstalled, they can be easily removed easily if you do not need them.

ZenUI works well on the ZenFone 2 Laser’s hardware, given that ASUS have done a couple of firmware and software updates to the phone during the review period, I have never encountered any issues in app launches nor any freezes in its software. The Snapdragon 615 processor has performed very well in terms of thermal control, the phone remains fairly warm when using resource intensive apps and games, and that 3GB RAM does help in switching between applications fast. One of the things I loved about ZenUI is the ability to customize the user experience with a wide variety of high quality themes, though most of its features are generally inspired from Chinese Android skins, ZenUI’s customizability extends to its system apps and app icons. There is also a lock app feature which I have always liked since the early ASUS Android devices, which is pretty useful when you want to lock data sensitive apps and games from other users. In a nutshell, you are literally getting a lot of value added features and a more polished software experience out of ASUS’s software which some other similar priced Chinese smartphones do not offer. ASUS’s smartphone cameras have never ceased to impress me and the ZenFone 2 Laser’s has once again proven itself as a competent device for taking everyday photos, adding laser autofocus to its already capable 13-megapixel main camera definitely increases its usability in low lighting conditions, the camera however lacks hardware stabilization, which we shouldn’t be particular about for the phone’s category. If you are familiar with ASUS smartphones, you would have known that the camera software has a number of useful shooting modes that you will find it fun to use for a road trip. Check out the sample images down below, we’ll let you be the judge of picture quality. 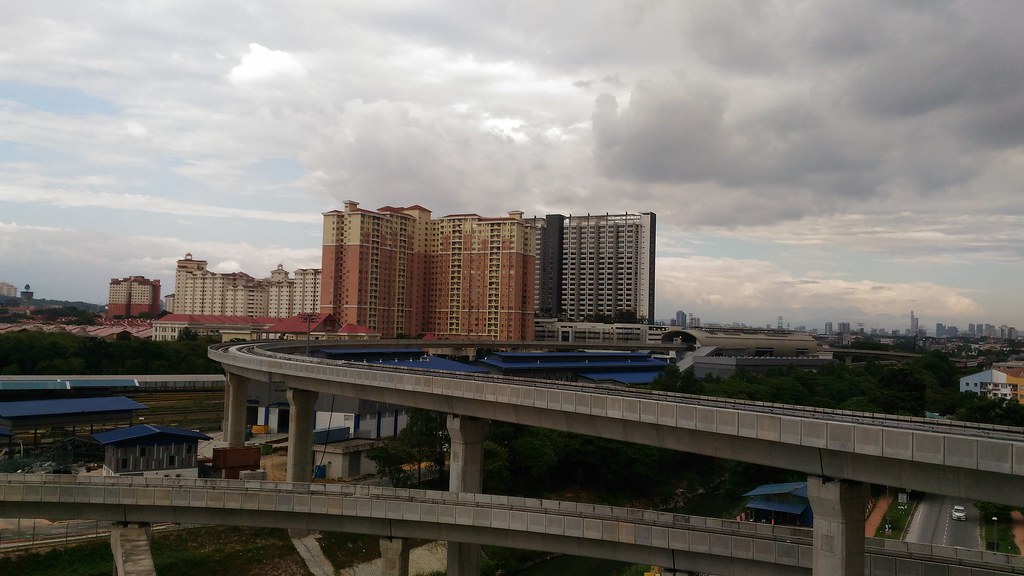 The front facing 5-megapixel camera features a decent wide angle that can easily squeeze in a party of 8, as you can see from the image down below, however you might want to have steady hands when you are taking pictures in low light. 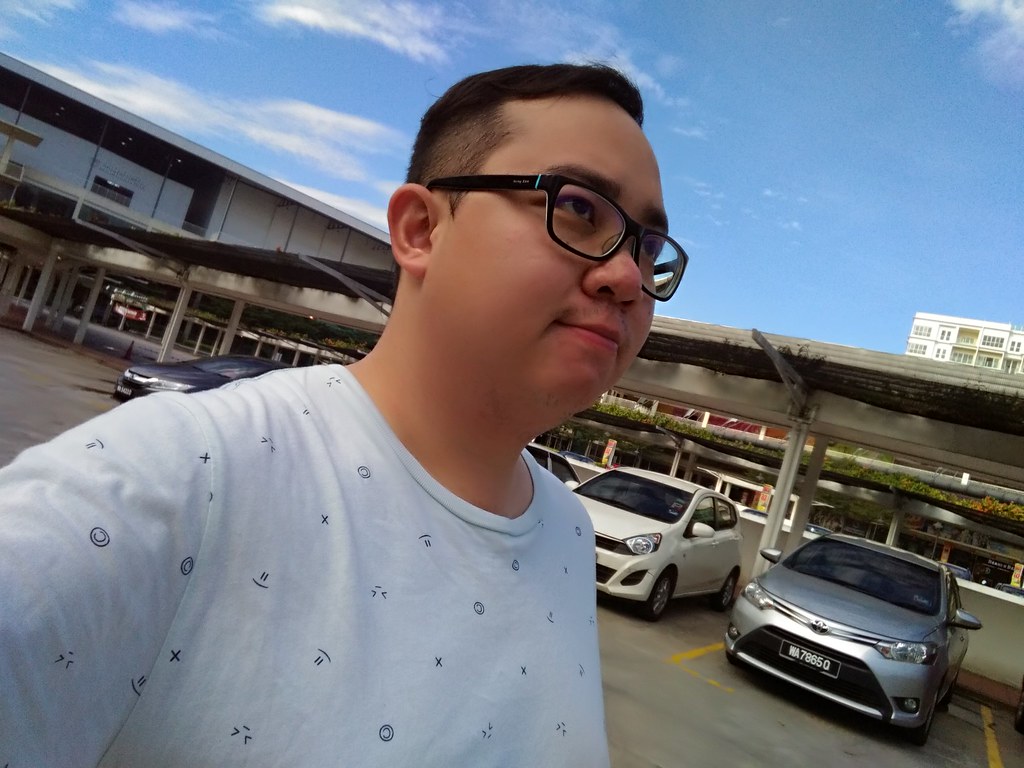 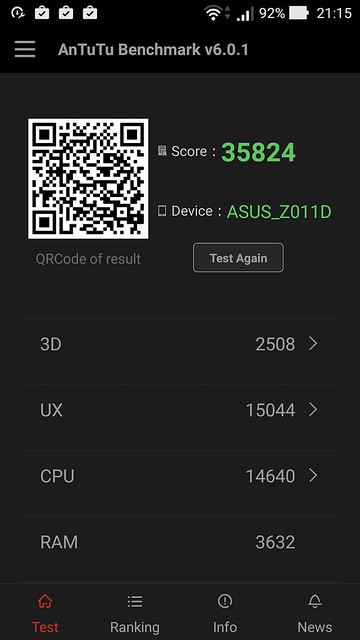 The ZenFone 2 Laser is a solid performer in many departments and while I encountered no major performance issues during my review period, the phone just doesn’t perform well in rendering 3D graphics when running benchmarks, thankfully most modern Android games are still playable, hence you need not worry too much on the figures you are getting from benchmarks, hence I suggest that you dismiss them, it doesn’t change the fact that this is a very snappy device.

We’ve reviewed numerous Snapdragon 615 powered devices here and all of them have incredible power efficiency, the ZenFone 2 Laser here managed to deliver a solid working day of juice, you will also be surprised on how little the battery depletes when using apps like Waze, but once the battery really goes off, you’ll have a tough time charging up as ASUS hasn’t enabled Qualcomm’s Quick Charge tech on it.

During the launch, ASUS has emphasized on the phone’s antenna system and even compared it to the iPhone and some other flagship Android devices, I can actually attest to that as the phone did really well in both GPS and cell reception, GPS fix is almost instant and the phone tends to deliver solid 4G performance when used with all Malaysian telcos.

ABOUT US
Founded in 2013, KLGadgetGuy started off as a personal blog and quickly rose to one of the most well known tech portal in Malaysia.
Contact us: klgadgetguy@gmail.com
wpDiscuz
1
0
Would love your thoughts, please comment.x
()
x
| Reply