Like free games? If you do, you should know that Need For Speed Most Wanted is now part of Origin’s On The House program.

Before you get too hyped up, do note that this is Criterion’s version of Most Wanted that was released in 2012 and not the original that was released in 2005. This was the second and last game that Criterion made for the Need For Speed series. Reception for Most Wanted 2012 are generally positive, although some complain that the game lacks the customisation options present in the original.

One thing worth noting is that the On The House offer for Most Wanted 2012 is limited to the base game only. As the game does feature multiple chunks of DLC, if you want to experience Most Wanted 2012 in its entirely, you’ll need to fork out some cash to buy the DLCs.

Much like other On The House offers, Most Wanted 2012 will be rotated out at a future date, so if you want the game, you might want to act fast. 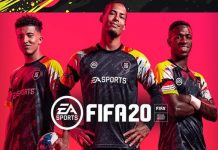