Buying a laptop is pretty much like buying a smartphone these days, and it has become a dilemma for some who wants to own a high end laptop yet do not want to break the bank, such kind of laptops tend to be very rare and they remain very hidden on marketing brochures. MSI doesn’t seem to think that its C-series entry-level laptop should be overshadowed by its Gaming and Prestige series models, and it got me really interested to find out how MSI could actually built an affordable yet powerful machine for the masses. In our unboxing video of the MSI CX62, I simply disregard the CX62 as an entry-level machine.

The Definition of “C” When a tech product comes with a “C” word on its naming convention or product category, many can simply assume it as “cheap” and easily applies to the CX62, there is however another definition from MSI – Classic, and that can be attributed to the laptop’s overall design language. The MSI CX62 reminds me of the company’s GE62 laptop which I’ve previously reviewed and I was rather impressed with it, it has the very familiar brushed aluminium chassis that extends to the working area, which definitely looks better than its similarly priced  MSI has removed the colorful backlight keyboard, used a lower 1366×768 resolution non-touch matte display powered by a modest but decent NVIDIA GeForce GT940M GPU on the CX62. Otherwise, the laptop has a number of decent hardware under the hood – an Intel Core i7 5700HQ quad-core processor, 4GB DDR3 RAM (upgradeable to 16GB), a 1TB Western Digital Blue mechanical hard drive, Killer Gigabit LAN, and a 6-cell battery, the processor of the CX62 in particular is the reason why I won’t consider it an entry-level laptop. As a 15-inch laptop, one can expect a reasonable amount of I/O ports and the CX62 fortunately doesn’t disappoint, we have two USB 3.0 ports, one single USB 2.0 port, gold-plated audio jacks, one MiniDisplay 1.2 and one HDMI 1.4 port, there’s even a optical drive if you ever need to use it.

Aesthetically, the MSI CX62 is a rather cumbersome device to transport around, even though the laptop weighs merely 2.4KG, the machine’s huge and thick body makes putting into a compact laptop bag a challenge, in addition to that the charging AC adaptor is as huge as a gaming laptop’s one, I’ve tried transporting the CX62 around as my portable workstation and decided that it should just stay on my desk. Due to the laptop’s given amount of RAM and a mechanical hard drive, I won’t call it a fast machine but durind usage, it was responsive enough in applications that I ran on it. As the nature of my job involves mainly writing and video editing, the CX62 has worked decently for my daily activities, while I do get really mad at times when the hard disk kept running at 100% load at times for no reason, otherwise everything is really good. At some point of usage, I really wished that MSI could have given the CX62 at least a Full HD resolution display or a better color calibrated display, simply because a screen resolution compromise and a washed out color panel just isn’t great for working long hours on the screen. Fortunately, what makes the laptop really enjoyable would be its working area, the full-size keyboard makes typing really a breeze with its solid keys and the touch pad is precise enough to not get you navigating wrongly, though I still wished that the keyboard could have been backlit with a White LED. In addition, the CX62 is a rather silent machine as its fan noise is barely audible when you are just doing non CPU intensive tasks.

MSI has been rather kind to include a GeForce GT940M for users who wants to do some minimal graphics tasks, its not a powerhouse but you can already use it for GPU optimized applications such as Adobe’s Creative Suite and do a little casual gaming on it, but still it would be even better if MSI could fit a GTX950 in the CX62 as it really offers a significant performance boost, even if it takes to pay an extra RM200-300, its somehow worthwhile and the company should seriously consider it. If you think all of that rather low profile hardware should give the CX62 great battery life, it is unfortunate that I have to report a rather disappointing 3 hours of continuous usage on a Balanced power profile with 60% of brightness, there are already other similarly speced laptops that delivers at least an extra hour of usage and MSI really need to work towards improving its laptop’s battery life. 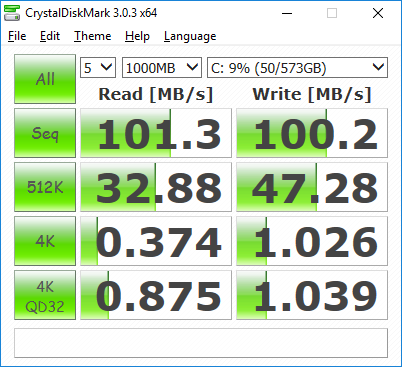 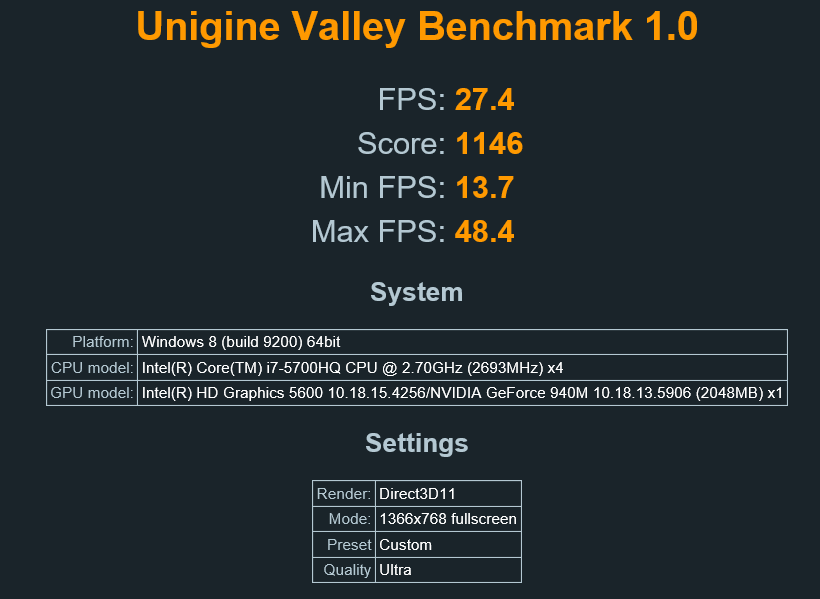