My experiences with mechanical keyboards are simple: they are huge chunks of plastic that makes a clicky-clack sound whenever a button is pressed. When I received the Vortex POK3R for review, my curiosity is piqued mainly due to the size of the box. Coming from someone who has seen the mechanical keyboards of various other manufacturers, from Steelseries to Ducky, I was wondering what the deal is with the POK3R. Well, I’ve spent some time with it, so let’s get straight to it shall we? The reason why the POK3R keyboard is as small as it is is due to the fact that it isn’t a full-sized mechanical keyboard. The POK3R is what is known as a 60% keyboard, a standard keyboard that omits the function row and any past the Enter key. All of the buttons that were omitted on the keyboard is overlapped on various other buttons. For example, the function keys are placed on the number keys.

Moving on, the keyboard is built using aluminium and feels durable. The POK3R weighs quite a bit and feels solid, giving me the impression that this keyboard is rather durable. At the base of the keyboard are rubber feets to increase grip on the surface, meaning your keyboard won’t be sliding all over the surface when you’re using it. Switches are the most important thing of an mechanical keyboard and the POK3R doesn’t disappoint. The POK3R allows you to choose from almost the entire line of Cherry MX switches, but for our review unit, the keyboard comes with Cherry MX Brown switches. These switches are designed to be light, tactile, and not-as-clicky as some other switches in the Cherry MX line. DIP switches are also available at the base of the keyboard that allows you to toggle the keyboard’s settings. Switches one and two toggles your keyboard between Qwerty, Dvorak or Colemak configuration, switch three changes your CapsLock key into the FN key, and switch four allows you to change the FN or PN keys to any position. Appearances can be deceiving when it comes to the POK3R. For such a simple looking keyboard, the POK3R is capable of doing some really complex things. The key selling point of the POK3R keyboard is the layers system. This system allows you to personally program your keyboard for various functions without needing a specific software to do it. To bring out the most in the system, the POK3R comes with four layers, effectively allowing you to save up to 4 different configurations for the POK3R keyboard.

Spend enough time with the POK3R and you can start setting configurations on each layer that is specialised to do one thing. For example, you can program one layer for general usage, one layer for your games, and another layer for your Photoshop purposes. The possibilities are limitless with the layers available on the POK3R. 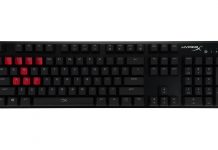 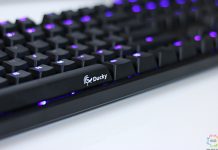 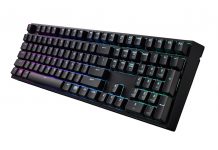