Korean technology monolith has their hands in almost every sector of technology. Now, they can add cars into the equation as the company is launching a new division of its business that’ll manufacture car components for other companies.

According to Samsung, the division will start out by manufacturing in-car infotainment equipment. The end goal of this division is to branch out into manufacturing components necessary to build autonomous vehicles for other companies.

Samsung’s move into the automotive industry is attributed to the company’s smartphone division underperforming. Indeed, JK Shin, the former head of Samsung’s smartphone division, was dismissed from his position in favour of a younger replacement with hopes of reviving its flagging profits.

Moving to the automotive sector isn’t as drastic as many would expect as there are technologies that overlap with cars and smartphones. Some of these technologies include battery technology, GPS, mobile computing, wireless chips, and touch screens.

This would be Samsung’s second attempt at the car business as the company did launch Samsung Motors in 1994, but was forced to sell it off due to the 1997 Asian financial crisis. That division was picked up by Renault, of which Samsung maintains a 19.9% stake in the firm. 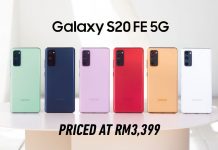