There are many thin phones out there and when they are thin, they compromise features that could either affect the user experience or hardware limitations, our encounter with the Oppo R5 has proven that it is not a future proof device, but not any more with the vivo X5Max which has been my primary driver recently, the phone measure 5.08mm thin and has a 3.5mm headphone port, Dual SIM 4G standby and most importantly – storage expansion. vivo’s smartphone design has never really given me a impression of being its unique self, the X5Max resembles Oppo’s R5 a lot in many ways, such as the its steel frame, backcover, camera placement event its front pane looks very identical to its competition. While copying each other isn’t a crime, vivo has at least made expanding storage possible and eliminates the need to attach an audio adapter for music listening on the X5Max despite of its thinnest, making a no hardware compromise smartphone. Aesthetically, the X5Max has a really solid build construction with its premium material, if you have large hands you’d be able to handle the phone’s large 5.5-inch display with one hand without much issues. Due to the phone’s thinness, the camera module isn’t able to stay within the chassis but instead it has to be remain protruded, if you don’t take care of it well it is going to be scratched easily in the long term. 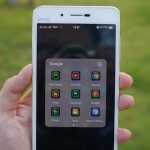 The X5Max comes preloaded with vivo’s on FunTouch OS system based on Android 4.4 KitKat, the software experience as usual takes on the no app drawer and theme store concept just like any other Chinese smartphones. However, I personally see vivo taking too much design cues from Apple’s iOS, let alone app icons design which can be themed accordingly, system toggles and the task switcher can be accessed by swiping up the bottom from the home screen just like Apple’s Mission Control, pulling down the notifications shade reviews merely the time and notifications. As a frequent Android user such a switch do take me a while to get used to, but what really makes me disappointed in Chinese smartphone makers is that they don’t really seem to care to create a unique user experience of their own and that’s not only just vivo themselves. vivo’s software experience may not be as inspiring as its competitors, but you can be rest assured of the phone’s audio quality with its Hi-Fi 2.0 feature, it uses a Yamaha ESS DAC onboard and lets the user configure lots of audio settings, which could be an overkill for a smartphone to be honest but still vivo is trying to be different here and audiophiles aren’t going to rush to a store and buy an X5Max off the shelves just for this feature. In our tests, audio quality is pretty impressive in ears and you could even select headphone presets that vivo has got in for you, of course for the ear sensitive folks, you may just want to tune it yourself. What I’m really disappointed with vivo’s audio enhancement feature is that it isn’t enabled globally, while this could be resolved with a software update we won’t hope too much for that. The X5Max’s camera is very impressive in every measure, vivo is clever to copy the iOS interface for its own camera software and there’s the Pro mode which is obviously a Lumia inspired feature by just simply pulling up the software shutter button. I’ve no complaints on the camera apart from having a user experience too similar to both Apple and Microsoft and that didn’t stop me from taking the best features from the phone itself, the camera is fast and responsive in snapping that perfect moment and most folks will love its low light performance thanks to its huge f/2.0 aperture lens.

And here’s a shot from the front facing camera. While benchmark results are very reasonable for the X5Max, its battery life is one of the most surprising things that has ever happened on the device, while I have to admit my usage isn’t too heavy with the phone, its 2300mAh battery was able to last me one single working day without actually making me worried about keeping a power bank at my side, I have no clue on what vivo has done with the phone’s power saving mechanism and even the CPU governor was set to Interactive, which is shipped on most phones by default.

Network reception quality was really good on dual SIMs however I used the phone mostly in a single SIM mode since I have other phones to review during the period, the phone doesn’t get warm even in a long call and I’ve used it very often for long conversations with friends and business partners. The vivo X5Max isn’t merely a slim phone just to show off to your friends but it introduces practical features that a slimsmartphone is supposed to have. As we’ve mentioned back in our Oppo R5 review, slim doesn’t mean you are weak, and the vivo X5Max is strong in its build quality and the inclusion of storage expansion and a 3.5mm audio port makes it the best slimsmartphone you can buy in the market for a price of RM1,698. Of course, this isn’t an affordable smartphone when you can literally buy much powerful smartphones like the OnePlus One, but this is a price tag that you’ll need to pay for a formula of Slim + Features + Performance = Value.