I remembered attending NVIDIA’s GeForce GTX980 regional launch last year, the people over there presented a research and have found out despite the decline of PC sales, the trend of PC gaming keeps increasing over time. I then reflected on myself, I may rely a lot on my smartphone and tablet for gaming in my busy schedule, however I’ve always longed to game on a PC that offers a much superior experience. But here comes the issue, as I’m always on the go, I need a mobile device that has the power to do more, Ultrabooks are no doubt lightweight and some even feature great battery life, however gaming isn’t something that Ultrabooks can do most of the time, a real gaming laptop will cost me a fortune and that extra weight isn’t worth carrying around for work. I believe this isn’t a dilemma that I may have and thankfully there is finally such device in the market, the Dell Inspiron14 7000 Series has surprised me in terms of performance and its reasonably affordable price tag, for so many years, this is a laptop that a productivity user like me had been waiting for a very long time. 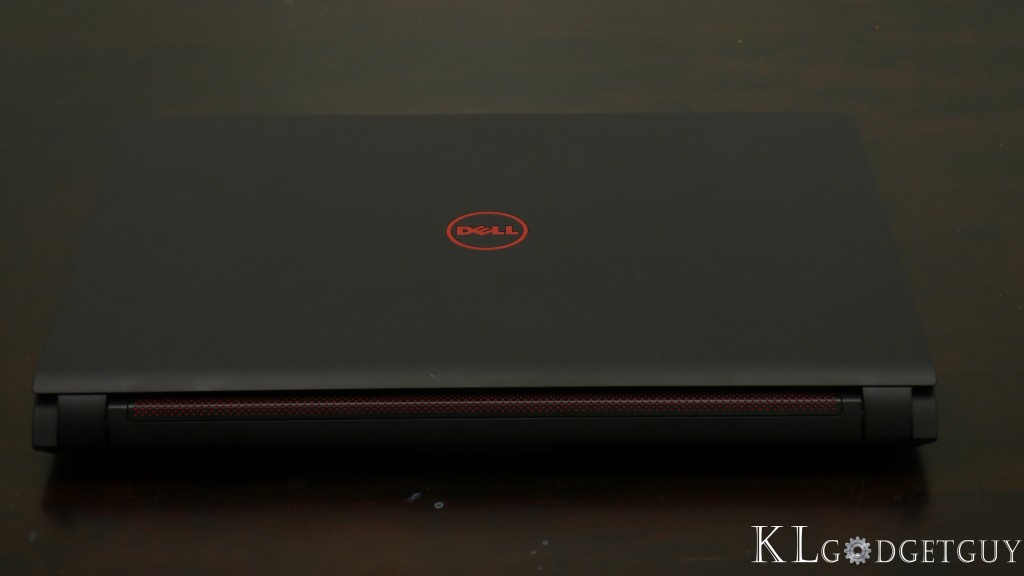 Dell markets the Inspiron 14 as a budget gaming laptop, and if were to benchmark it against some brands out there, the laptop barely has any gaming hardware attributes such as programmable macro keys and configurable keyboard lights. Despite of that, the laptop is a very handsome, cool looking device that guys like us will really come to like of it, it may not have the slimmest or funky form factor, but it isn’t going to make you look like a gaming nerd when you’re bringing it along with you.
The chassis is a soft touch matte plastic material, which actually feels very nice to touch but is susceptible fingerprints and scratches in the long term, at least it feels better than some other devices with brushed aluminum finishing plastic chassis.

Users will love that material even more on the laptop’s palm area, which feels extremely comfortable to rest on when you’re typing or gaming away. As usual, Dell’s backlit laptop keyboards are always nice to type on with its precise feedback and its touchpad is huge enough for performing gestures across the operating system. On top of the keyboard area, you will find the laptop’s pair of powerful MaxxAudio tuned speakers and a subwoofer below the laptop. 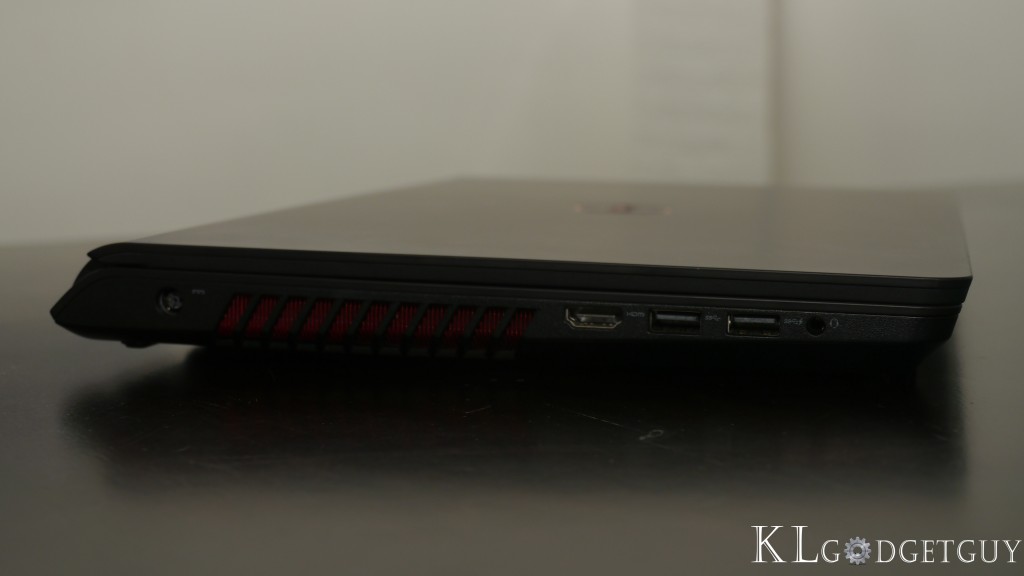 Dell provides a standard set of input ports on the laptop, its USB ports aren’t located too closely to each other, it even has a DVD writer to go with it which is rare on laptops today. The cooling vents located on the left are huge and ventilates hot air really well, however left handed mouse users may not like it. At the weight of 2.2KG and thickness of 28.9mm, the Inspiron 14 may sound pretty heavy but when you consider its hardware power, it is one of the lightest gaming laptop that we’ve seen.

A Perfect Balance between Work and Play What the Dell Inspiron 14 truly shines is its Full HD matte display, which will appeal to both productivity and gaming users, while we are used to looking at even higher resolutions, the resolution works extremely well on Windows 8.1 even with display scaling turned off and while some gamers might not be satisfied with it, productivity users will certainly appreciate that without having to look at oversized icons or tiny buttons. Apart from the nice screen resolution, the laptop’s display is extremely suitable for use outdoors as it isn’t a reflective display with great color saturation and viewing angles, gamma and color reproduction is also decent.

The Inspiron 14 will handle most tasks we threw at it, running an excel spreadsheet with complex macro programming, browsing the most graphics intensive web page, playing 4K videos and even encoding our Full HD videos are effortless. The laptop’s hard drive doesn’t have any solid state cache on it and Dell doesn’t offer a SSD option in the SKU, which results in slightly slower start up speeds and app launches which we don’t really mind. Let’s get a little technical, the Core i7 processor installed is the most cost effective mobile chip that Intel has ever produced and has been featured in many other laptops out there, it offers a Turbo Boost speed up to 3.6GHz and a 6MB cache will definitely be sufficient for loading games at fast speeds.

The GeForce GTX850M graphics chip is based on the first generation Maxwell chip, Dell has opted the slower GDDR3 memory variant, which works well on most current games that we’ve tested, despite being an older chipset, it still supports NVIDIA’s BatteryBoost, GameStream and ShadowPlay, users can expect a playable gaming experience on battery with power efficiency in mind, streaming games to NVIDIA Tegra tablets and recording in game activities up to Full HD resolution without any lag.

Our game tests include Bioshock Infinite, Grid AutoSport and Tomb Raider, these games will definitely require some decent hardware power in order to run smoothly, with GeForce Experience optimized settings, graphics and shaders are maintained at high quality with some level of anti-aliasing, the laptop is able to achieve a playable 40-60 fps on performance mode and 25-30 fps with BatteryBoost.

In recent years, the Inspiron 14 is the first laptop that has managed to strike a balance between work and play, it has the performance to handle complex productivity work yet, it lets you game like a pro without compromising too much on graphics quality, and it is one device that you will always love to bring it around. Haswell processors have been really efficient in our previous tests, the Core i7 certainly demonstrates that point despite being a powerful CPU with a TDP of 47W, temperatures maintained warm at a range of 52-56 degree Celsius. NVIDIA’s OptimusTechnology has also helped at some point in intelligently switching to the Intel HD Graphics card when running on battery, while the discrete graphics card only starts kicking in on graphic intensive applications.

In our real world tests, the Inspiron 14 managed to clock in almost 5 hours of usage on a conservative manner, our Full HD video loop test lasted 3 hours while gaming with NVIDIA BatteryBoost enabled gives us around 1 hour and 45 minutes on Bioshock Infinite. 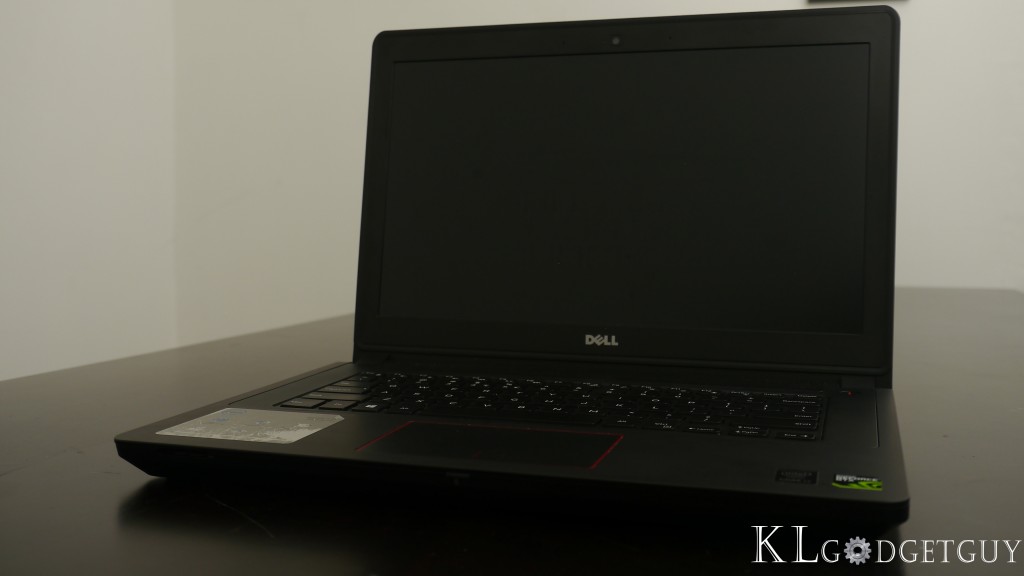 The Dell Inspiron 14 7000 series a.k.a Pandora may not have the charm like the rest of the Inspiron 7000 series line up, however under that bold and solid chassis, it packs power that the budget road warrior will not be able to resist. The Dell Inspiron 14’s flagship configuration is priced at RM3,199, while its lower end variation will feature lesser storage and lower screen resolution while maintaining the same graphics chip and we certainly won’t recommend saving that amount of cash for it.

The Not so Good:
– Chassis is a fingerprint magnet
– Heavy

i have this laptop but it has 256 gb ssd hard drive, does it belong to this pc