Samsung announced the Galaxy Gear at IFA 2013 in Berlin and it’s features are beyond a smartwatch. We should actually call it a ‘smartphone on a wrist’, reason being it has a camera, microphone and you are able to make phone calls from it! This is finally a dream coming true for those who would want to answer phone calls on their watch like Power Rangers.

The Galaxy Gear will be a serious contender to smartwatch OEMs such as Pebble and Sony, especially when it already has some software built-in on the watch itself while others require app downloads separately, most importantly, Samsung came out with features that smartwatch OEMS has never thought of it before, such as integrating a Camera and microphone for phone calls. There is actually one product that is very similar to the Galaxy Gear a few years back. And guess what is it? 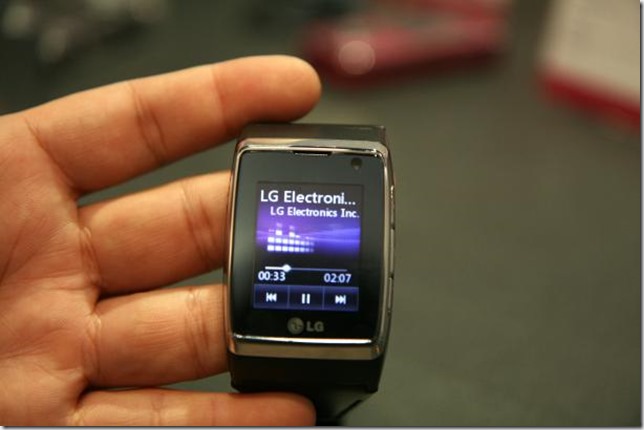 Many of you readers may not have known this product, because it was a failure, simply because it doesn’t run on any smartphone operating system but running on LG’s own proprietary software, while it also doesn’t add any value other than using it like a feature phone, people don’t really buy the concept of using a watch as a phone that time, Android wasn’t even widely known then.

LG is the first official smartphone OEM that integrates phone call function into a wearable gadget. This wearable device wasn’t available in Malaysia when it was released, of course you may be able to get one at some forums at around RM1.6k, which is quite a huge price to pay for.

Will the Samsung Galaxy Gear succeed?

Now that you can have Android installed into so many devices, it will not come as a surprise that it may land on your wearable wrist watch one day. The Galaxy Gear is sold at the price of USD$339, which is around RM1000 after conversion, with that price alone, you could get a proper Android smartphone that gives you a bigger screen, more practical usage as a communications device. We have our fingers crossed over here, Samsung has made the Galaxy Note a success when a big screen smartphone wasn’t accepted by people that time, do you think Samsung will do it again? Share us your thoughts in the comments.