This is it, one of the important milestones for KLGadgetGuy.com. We’ve been invited by Samsung Malaysia to take a first look at their 2013 Smart LED TV line up, in which we were presented the flagship model – the F8000. 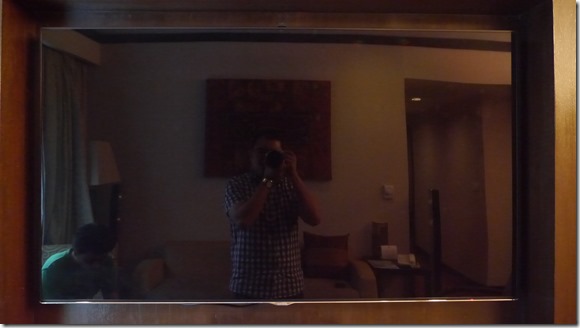 The F8000 Smart LED TV is Samsung’s most innovative LED TV of this year, which improves two main SMART features:

Besides, Samsung also introduced an upgrade kit called the SMART Evolution Kit that enables customers to upgrade their currentSamsung SMART LED TV to enjoy the latest software features. The introduction of this kit saves the necessity for customers to purchase the latest Smart TV from Samsung and adds more value in purchasing a Smart TV from Samsung.

Samsung has since introduced hand gestures in their first Smart LED TV line up, which makes it an easy way for you to interact with your TV without really needing a remote control. With the new F8000, they have increased the number of hand gestures to two hands. The new gesture control now supports the following actions:

When we played with the gesture controls on the F8000, we find it to have improved significantly over the last generation of Smart TV, it is much more sensitive and detects your hands faster, which is due to the 5 Megapixel sensor built in to the TV.

Even though it has improvements on sensitivity, we find that the gesture controls on the Smart TV still require some practice to get the hang of it, some users may find it frustrating at the start but after sometime, it should be very useful as you only require your hand to control your TV, saving the need to look for your remote control which could be hidden under your sofa or chewed off by your dog (just kidding).

With the introduction of these new gesture interactions, Samsung has set an impression where using their home electronic products can be as similar to their smartphone – the latest Galaxy S4.

So you have Siri, S-Voice, Google Now on your smartphone. The F8000 has over 390 voice commands from powering on your TV to application actions. The voice activation is triggered by a “Hi TV” command, and we’ve got to tell you its really sensitive and accurate in recognizing our Malaysian accent English a.k.a Singlish.

We feel that this is one of the best features on Smart Interaction, rather than using hand gestures to control your TV which can be frustrating at times, using voice command is much more accurate and faster. And also, there is at least no narration said by the TV when you speak up a command, which is a good thing as it doesn’t interrupt your movies.

However, voice command is only limited to all Samsung’s homebrewed applications and not all applications support it; they’ll have to get developers interested to develop more voice command friendly apps to fully utilize the feature. Additionally, it would be great if you have an option to customize the voice command trigger message instead of saying Hi TV.

All in all, we LOVE the voice command feature implemented into the F8000!

What makes a Smart TV smart without a dedicated app section? This time, not only Samsung has included their application section into the F8000, they’ve included two more hubs into SMART Hub – Social and Multimedia.

Having a Smart TV today is like having a computer in your living room, so you should be able to access online stuffs right? Therefore,Samsung has integrated Facebook and Skype onto their social hub, which allows you to play video or view images uploaded by your friends.

Here’s something interesting on viewing your friend’s Facebook photos and videos, you are able to do a thumbs up action to tell the TV that you like your friend’s content instead of pressing the like button yourself manually. Since the SMART TV is logged in somebody’s account, we didn’t really get to test the full functionality out of it, but we hope to see one cool feature – updating and replying status updates using Voice Command, anyone?

Skype integrates well in the Social Hub, you get to see the recent contacts that you’ve called, and no, it still doesn’t support Facebook and MSN contacts, Microsoft should be the one responsible for the integration of this, once they do it, it is going to be perfect. Until then, Skype is still Skype, it is good for companies to purchase the F8000 to perform video conference calls if they’re utilizing the Skype platform, and best of all the camera supports HD video calling, which means video calling is going to be superb.

As usual, every Smart TVs have their own selection of apps, but what Samsung has done this time is by having some local contents on itsSamsung App store such as Tonton.com and ITIS traffic monitoring app. Tonton.com is a Malaysia local TV streaming app which allows you to stream live TV channel such as 8TV and NTV7, it also allows you to catch movies that have been broadcasted before.

Additionally, Samsung has included fitness applications that help you to keep fit and you’re even able to keep track of your exercise records such as calories and fat burn. There is also a virtual mirror feature that lets you see yourself doing the workouts with the onscreen instructor, and best of all, the video exercises are free of charge!

If you have kids at home, be sure to check out the education section in Samsung Apps, it is really interesting and some of them do use hand gestures to work on. Best of all, they are also free of charge!

Overall, the Samsung app store has over 450 applications at the moment, and even though its little, the figure is quite impressive and most of them are high quality apps. And we hope for more local content to be included in future.

This is where you can play multimedia content from your storage devices and networked PCs, very standard right? Why is it so interesting? There is one killer feature here – cloud storage support.

Samsung has really pushed its limits to offer a no compromise experience to their customers, just like buying a smartphone from them, you get to have expandable storage and removable batteries, on their Smart TV, you get to have additional storage features.

Interested and attracted to the F8000’s features and feel stupid that you’ve purchased a 2012 Samsung Smart TV just recently? No problem. With the Smart Evolution Kit, you get to upgrade your current Samsung Smart TV to enjoy the latest 2013 features at just a price tag of RM899, it also boosts your Smart TV’s processing performance as this stuff includes a Quad Core processor (Exynos? We hope so).

This is seriously one very attractive offering by Samsung if you fully utilize the features of a Smart TV. And Samsung has done well to think on the consumer’s shoe. This is what we call a company that does the thinking for people. The Smart Evolution Kit supports 2012 Smart TV Series 7, 8 and 9 models.

Samsung has really been innovative on their products these years, and they’ve really rethink on how consumers can interact with their TV by including a lot of useful features.

Sure, some may say that Samsung’s features are gimmicks in attracting people to purchase their products. But features such as voice command and gesture control is going to be a necessary feature in electronic devices in the near future. And remember, we used to think how cool it would be to control electronic devices with just a swipe of your finger or using your voice like Tony Stark, and Samsungis almost delivering that experience.

The 65” F8000 SMART LED TV retails at a RRP of RM21,999, it is a heavy price tag and going to burn a hole in your pocket. If you’re really in for a complete and high quality Smart TV experience, the F8000 is for you and definitely worth your money to be spent on it. The value of buying a Samsung SMART TV is at the great ecosystem that Samsung has done.

– Social hub is useful, but could be further improved by having a true dedicated Facebook experience, otherwise limited to video watching and picture viewing only – Hand gestures too sensitive at times, and not recognizing gestures correctly at times, which can be enhanced via a software update – Still lacking of local content in Malaysia – Pricey!