Today, we introduce the Nokia Lumia 720, Nokia’s latest mid range smartphone that has just arrived at the shores of Malaysia, which we’ve gotten hold of it via Nokia Malaysia’s Lumia Live Centre on a 7 day trial. Watch the our full review video below and the rest of the details after that.

Check out our video above to find out the first boot test.

A mid range smartphone doesn’t mean that it is a slow performer, especially in the case of Windows Phone, which is already so lightweight that you don’t need a Quad Core processor to power it at the moment. Therefore, we put the Lumia 720 to the test with a flagship Windows Phone – the HTC 8X (we don’t have a Lumia 920), which basically shares the same performance specifications as theLumia 920.

We tested a few built-in apps – such as Phone, Contact Tile, Music, Messaging, Whatsapp etc. and find that the performance is really decent for a mid range Windows Phone. Apps launch 1-2 seconds later most of the time when compared to the HTC 8X.

The only part that you will see the Lumia 720 slow down is the web browsing and gaming part. Graphic intensive web pages renders slower about 5-10 seconds compared to our HTC 8X; gaming performance ain’t good on graphic intensive games such as Asphalt 7, you will notice the lag when you do drifts or press on nitrous, however playing light games such as Angry Birds are fine.

We find that the Lumia 720 perform really well even though it has a limited 512MB of RAM and a slower dual core processor, which we have to give credit to Microsoft who has made standards for OEMs to follow to ensure a smooth experience throughout the device.

The Lumia 720 has the following hardware specifications:

A smartphone is not only your daily work driver, but also an entertainment consumption device. In this section, we take a look at how theLumia 720 perform in taking pictures, capturing videos and listening to music. 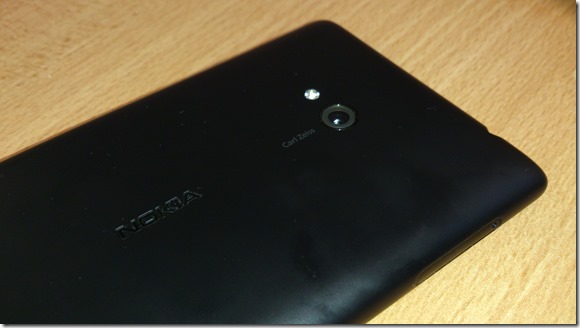 Yes, the Lumia 720 has a 6.7 Megapixels Carl Zeiss BSI sensor on the back, we rarely see quality lens on a mid range device nowadays. As always, when a Nokia phone is packed with a Carl Zeiss camera lens, we would expect decent quality out of it. The camera lacked detail during daylight, but is really good at low light shots as it has a f1.9 lens, making it even lower than its flagship brother Lumia 920. Some readers may find that the shots look fine due to the color saturation, but if you look closer, you will know what I meant by saying that it lacked detail. Images below are taken at effective resolution of 5.3 Megapixels (widescreen).

Sample shots (click to view on my Skydrive shared folder) 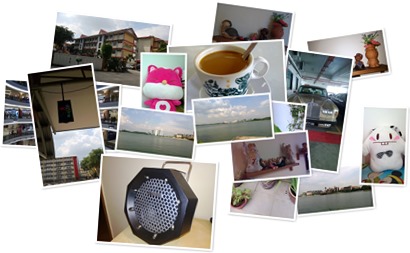 The front facing 1.3 megapixels also has a wide angle lens, which means you can squeeze more people into one shot, check out the sample image shot below. The Lumia 720 takes videos in 720p resolutions, considering the specifications of the camera and processor, the phone should be able to take videos up to 1080p resolution. Video quality is good however there is no video stabilization, which means videos will look very shaky if you have unstable hands.

Overall, we hope that Nokia will release a firmware upgrade to improve the overall imaging experience as we experience serious lag on the camera shutter when starting the camera up for the first time. 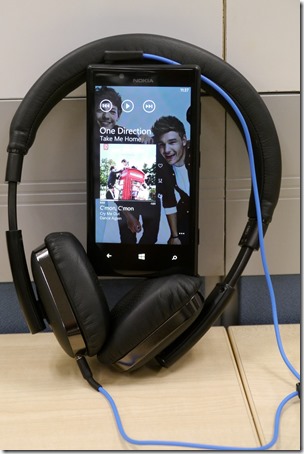 With Windows Phone, the Lumia 720 is truly a great media player with its built in media player, of course, you can opt for Nokia Music if you want, but we didn’t manage to try it out as we really have a short time with the device. We played the following songs at MP3 320kbps:

Our equalizer is configured to a V-shaped spectrum, which means that both bass and trebles are being out put evenly. Nokia only allows you to configure the equalizer when you plug in headphones. Oh, and remember, if you like wide soundstage, do turn on Dolby headphone surround. The screenshots below were taken before returning the phone (sorry about that). 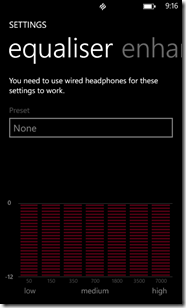 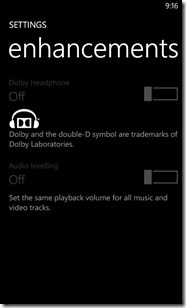 Overall, I would conclude that the music playback quality is very decent for a mid range smartphone. It is no Beats Audio quality, but it is still able to pump up great volumes and nice sound for most songs we played on it. Buying a Nokia Lumia phone entitles you to enjoy a wide range of apps developed by Nokia and having ranges from imaging to mapping apps. Nokia has the widest range of self developed apps compared to other Windows Phone OEMS as they are Microsoft’s exclusive partner.

When you switch on the Nokia Lumia 720, there are five imaging apps already preinstalled on the phone – Glam Me, Cinemagraph, Creative Sutdio, Panaroma, and Smartshoot. Glam Me – A image filter app, which lets you add effects to your pictures taken on your front facing camera only.

Cinemagraph – Something similar to HTC’s Zoe, it takes pictures and videos in a few seconds at the same time. However, the difference here is that you’re able to animate the pictures, which is something similar to seeing pictures in Harry Potter’s world.

Creative Studio – Similar to Glam Me, but it allows you to do more by adding frames, stickers etc to any pictures stored on your phone.

Panaroma – The name describes its function well enough, you’re able to take panaroma shots up to five parts with this app, however it doesn’t support sweep panaroma and the stitching quality is pretty bad.

Smart Shoot – Similar to best photo or best shot feature on cameras and competing smartphones, this application takes burst shots and lets you choose the best picture that you want to save. Nokia is KING when it comes to mobile mapping services, they offer free navigation for their smartphones and it contains lots of point of interests, the mapping apps integrate with each other very well. One of the most interesting ones would be Here City Lens, which lets you explore places around you using your camera, there is a radar on the top right to show you places around you. Overall, the app will be fun when you visit other countries. Otherwise, I would find the app pretty useless unless you really want to know what are the nearby places that you want to hang out. 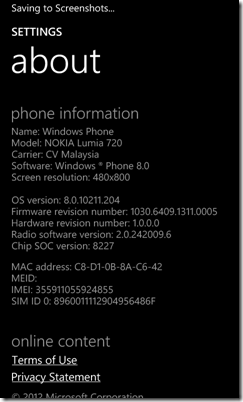 When it comes to buying smartphones today, almost everyone will look at the performance benchmarks to be the buying factor. The Lumia 720 ships with Windows Phone 8’s latest portico update, which means you are already getting optimal performance throughout the operating system. Performing benchmarks on Antutu Benchmarks gives us 7332 points, which is quite expected for a lower clock speed and RAM on the Lumia 720.

Now then, Nokia has called the Lumia 720 a phone with long battery life, and that proves to be true in our tests, on a full day of heavy usage and combined usage- downloading apps via WiFi, IM over 3G, 3 hours of talktime, 2 hours of Internet browsing over 3G. we get the following results: 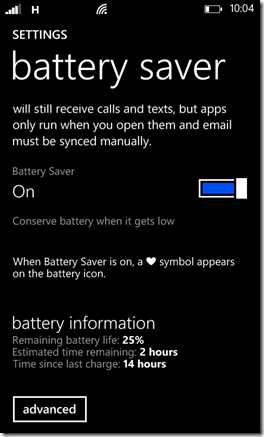 And on a light to moderate usage, we get the following results: 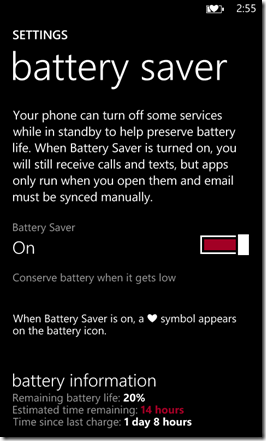 Overall, you’re definitely going to get a full day of usage most of the time, unless you’re switching on your screen all the time, talking on the phone continuously for 7-8 hours, keeping your mapping apps on all the time or watching videos on it all the time. Do note that the phone will get warm when you use the battery heavily. The Nokia Lumia 720 is priced at a RRP of RM999 in Malaysia and available in Nokia resellers nationwide (we feel that the price could be lower at the price tag of RM950). In conclusionThis is the most well balanced smartphone that you can find at the moment – Long battery life, great bundled apps, stable operating system.