The more I look at it’s features, the more I feel that this device is kind of overpriced. Blackberry, I know you’re a premium business smartphone, but can’t you see what’s required at the smartphone market? Really? Is this form factor already proven unsuccessful in many ways? Well, the answer is Yes and No.

When I say “Yes, it is unsuccessful”, let’s take a visit at smartphone keyboards today. Nowadays, I have to admit that soft keyboards are the way to go on a smartphone, without a physical keyboard, smartphone manufacturers will be able to cram in more screen space which in return gives you more contents to view on. Instead of a hardware keyboard, most manufacturers include a software keyboard which allows you to type your way in and even include some value added features such as adding Emoticons and switching input languages and method on the fly, which is pretty impressive. And from this point of view, I’ll have to say that the Touch + Keyboard form factor is definitely a failure as the keyboard does not bring much value to the device, and you have to sacrifice part of the smartphone’s design to fit the hardware keyboard in.

Now we talk about the problems of full touchscreen smartphones. As everyone of us will know that Blackberry are always targeted at businessman or social geeks, I would have to say such form factors do benefit them a lot mainly at one reason — speed and accuracy of typing. 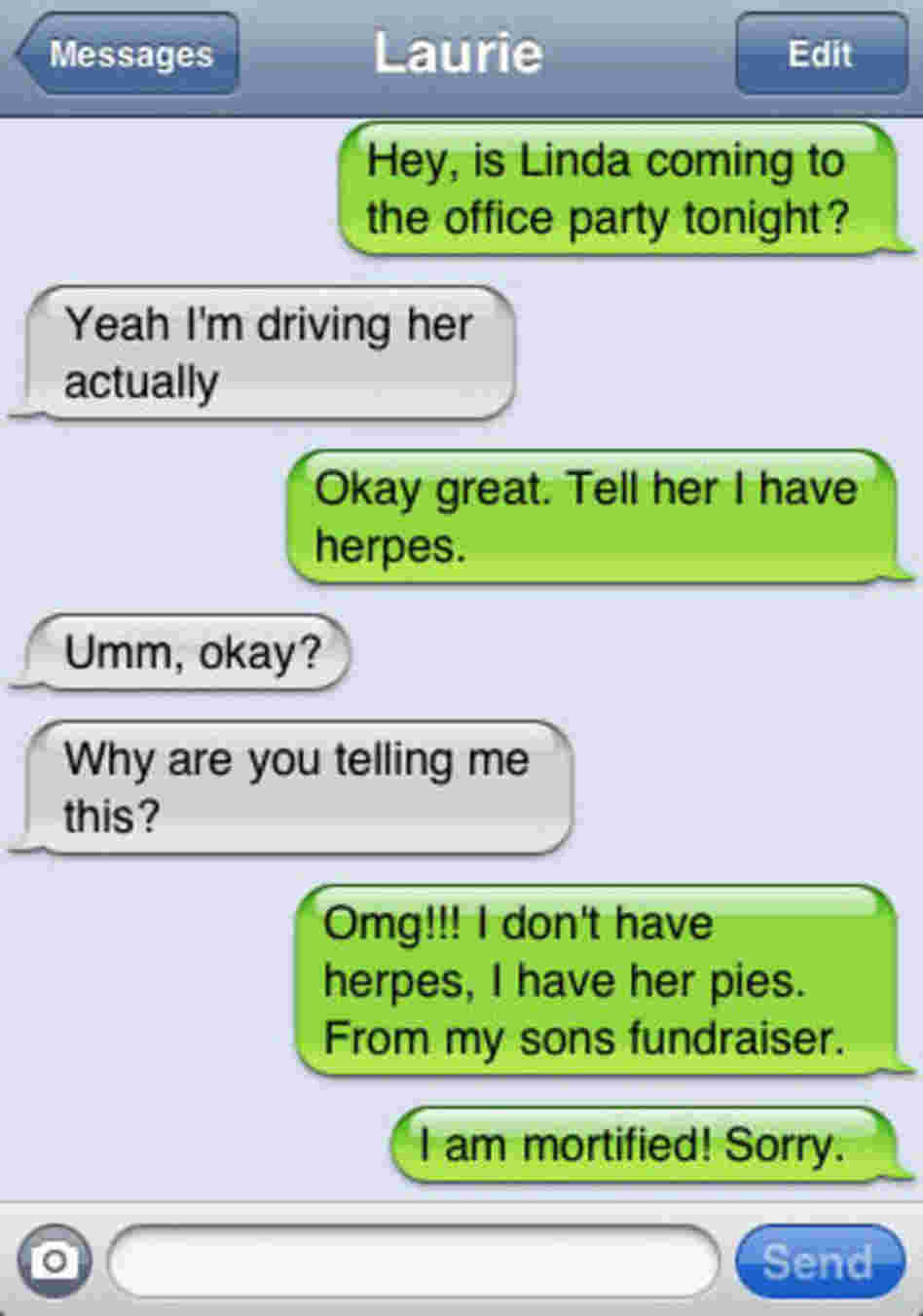 See the problem on the image above? Autocorrect is a killer when it comes to texting on a full touchscreen smartphone, even how precise or “professional” you are on using software keyboards. Additionally, I have to say that typing long texts on a software keyboard is a less ideal experience, put it simply on computers – try typing on a touch screen tablet and a full-size hardware computer keyboard, and you’ll know what I mean.

What I’m trying to say here is, there is no true winner here. Most of us are so used to software keyboards here that we simply ignore hardware keyboards on a smartphone. If you’re looking for a high end smartphone with a QWERTY Keyboard + Touchscreen combo, you will definitely love the Blackberry Q10. But ask yourself again, do you really need to pay the premium just to get the QWERTY keyboard? Personally, I don’t see a point and I will get the Z10 if I merely want a Blackberry experience.

2. Are Apps going to work well with a hyrbid form factor? Blackberry has seriously failed with their Blackberry 7 OS and they seriously need to win back some market share by releasing Blackberry10. The Z10 and Q10 are the most important devices for Blackberry this year and if they don’t sell well, it could well be the end of Blackberry. And I have to say that they have put on some effort by allowing developers port their apps easily from iOS and Android to their APIs.

Coming back to the Q10, it has both QWERTY and Touchscreen, such kind of form factor doesn’t really work well with apps. When you have a touchscreen OS, the most important thing is screen space, the more space you have, the more you can interact with your touch-enabled apps. When you release form factors like this, developers are going to crack their head on managing app screen resolutions and even if the screen resolution is the same, it is going to be a different experience compared to a full touchscreen device.

Blackberry, it’s time that you innovate on software keyboards, you’ve been a pioneer and expert in hardware keyboards, but this is not going to last forever, especially when the Q10 is priced at a cool RM2388 and you can get better specs smartphone such as Samsung GS4and HTC One at a lower price, you’re definitely going to have one selling point on your hybrid form factor, or else be prepared to fail again.

So readers, based on my explanations above, the main selling points on the Blackberry Q10 is really about its hybrid touchscreen and hardware keyboard form factor. To be fair, I would say that at that price tag, business users won’t mind getting it as the hardware keyboard is a welcome feature to them. But to geeks like us, we would rather prefer a software keyboard as you can do so much with them, remember what Steve Job’s said in the original iPhone’s keynote? Hardware keyboards do not offer better functions and they are not flexible enough in many situations. Share with us in the comments below, are you going to buy a Blackberry Q10 at the price of RM2388 just because of a QWERTY keyboard?

P/S: Please do not take carrier subsidized pricing as a comparison.